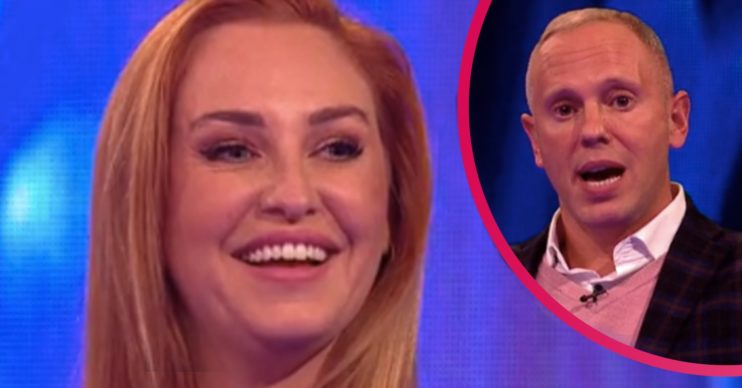 She did so well!

The television personality, 36, got off to a rocky star on the ITV show.

Up against Judge Rinder, 42, and Greg Rutherford, 34, Josie initially got several questions wrong.

However, she suddenly upped her game and beat Greg – and even outwitted Rinder.

She won a round against the barrister but ultimately lost out to the TV judge.

One viewer tweeted: “Judge Rinder mortified that he got a question wrong and Josie Gibson got it right.”

Meanwhile, another viewer mused: “Greg Rutherford having lost to Josie.”

And a third viewer claimed: “Josie ain’t as daft as she looks #TippingPoint.”

Read more: How much do ITV stars earn on This Morning?

And a fourth user joked: “Oh no Josie is going home. Oh well she had a good run. Back you go to #ThisMorning #TippingPoint.”

Josie appeared on the charity fundraising special to raise money for Spread Some Sunshine.

This charitable organisation’s goal is to “bring happiness to children facing adversity in the UK and overseas”.

Who is Josie Gibson?

Josie is an English television presenter and personality.

She shot to fame in 2010 when she won Big Brother. She also competed on Ultimate Big Brother.

Since then she’s launched her career as a television presenter.

She served as a showbiz reporter for OK! TV and has appeared on the likes of Celebrity Wedding Planner, Celebrity Juice, The Vanessa Show and Loose Women.

These days she’s regularly on ITV’s This Morning as a competitions host.

Josie welcomed her first child, a boy called Reggie-James, in 2018.

This month Josie stunned This Morning viewers when she posed in a racy bunny outfit.

She claims to have lost one stone since switching to a healthier lifestyle.

Speaking to OK! magazine, she said she’d be happy to reach her goal of being a size 12.

Josie explained: “So I’ve lost over a stone now and I just enjoy it, I’m enjoying cooking healthy and enjoying – we all go out to this virtual walk, Walk to Wellness, and there’s a lovely community.