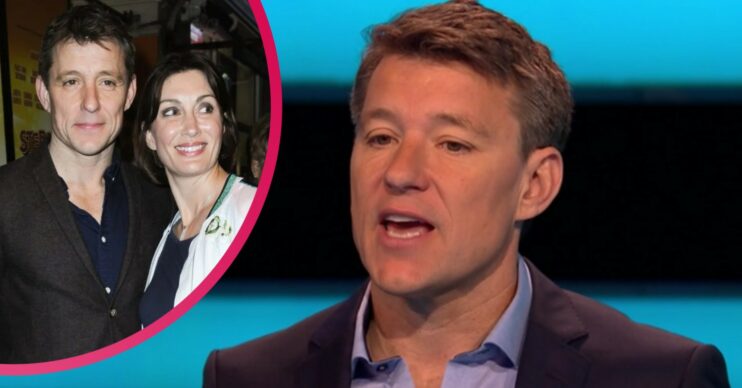 Ben has been married to his beloved wife since 2004

Fast forward 20 years, the couple are happily married with a family of their own – 17-year-old Jack and 14-year-old Sam.

But it appears Ben’s busy career hasn’t always been easy on Annie.

Back in November 2013, the Good Morning Britain presenter praised Annie for supporting him from the start.

At the time, he told the Lancashire Post: “I fell into this bizarre world and got a job in telly. My wife’s been involved all the way through, which has been lovely, and now we’ve got kids and life goes on.”

However, Ben admitted that is was often difficult for his wife as he worked a lot.

She does put up with a lot.

“My wife has to put up with a lot, in regards to hours and the nature of my job,” the 47-year-old explained at the time.

“I’m lucky I do a job that I absolutely love, but it can be erratic with hours and travelling, and we’ve got two little boys who take up a lot of time, so she does put up with a lot.”

It isn’t the first time Ben has publicly declared his love for Annie.

He previously said on the White Wine Question Time podcast: “We met at university and I was sort of a mere puppy when it came to the world of broadcasting media.

The couple have been together since 1995.

To mark the occasion, Ben and Annie treated their eldest son to tickets for Top Gun: Maverick.

“So the film comes out next Wednesday officially… it’s my Sam’s 17th birthday, I can’t believe he’s 17. And we’ve got tickets for Maverick for next Wednesday and we’re gonna go as a family all together.”

Tipping Point Best Ever Finals airs on ITV and ITV Hub at 5pm on June 4.