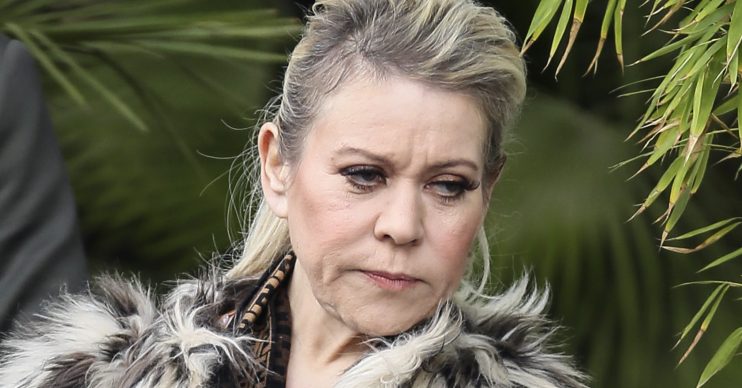 They have a five-year-old daughter

Actress Tina Malone has broken up with her husband after nine years of marriage.

The Shameless star, 56, took to Twitter to confirm her split with Paul Chase, who is 19 years younger than her.

Tina, who has a five-year-old daughter with Paul, told her followers: “With great sadness I write this.

“Myself and Paul have split up after 11 yrs together!”

with great sadness i wrote this myself and paul have split up after 11 yrs together!

Tina and Paul married in 2010 after dating for two years. In December 2013 they welcomed a daughter, called Flame.

The actress’ fans rushed to comment on the announcement, with one telling her: “Hope you’re alright, Tina x.”

Someone else replied: “So sorry to read your sad news. Always a very difficult time. Love and hugs, you.”

Another observant fan, who noted that Tina had been quieter on social media recently, said: “Sorry to hear this Tina, thought you’d been quiet on here, wishing you all the best!”

Only days ago, one of Tina’s Twitter followers asked her if everything was okay, having noticed the star had taken a step back from posting online.

Her split follows what she described as a “year of hell”, during which she faced jail time for sharing a photo of one of James Bulger’s killers online.

Tina told the Daily Star, after she was handed an eight-month suspended sentence and a £10,000 fine: “It’s been the year from hell. I was suffering with severe depression and I was suicidal.

“I’d penned my letters and planned how I’d do it, but the only thing that stopped me was Flame.”

Read more: Tina Malone tells friends they are “chunky” and “need the gym”

At the time, fans rushed to help her out financially, with one even setting up a JustGiving page to collect donations that would help Tina pay off the costs of the case.

According to the Mirror, the fan wrote on the page: “For those who have watched This morning today would of seen the interview with Tina Malone.

“She is heartbroken at being giving a massive £10,000 fine and a suspended sentence over sharing a picture of a child killer.

“1000s of people shared it but because she is a celebrity she has had to endure a horrid two years.