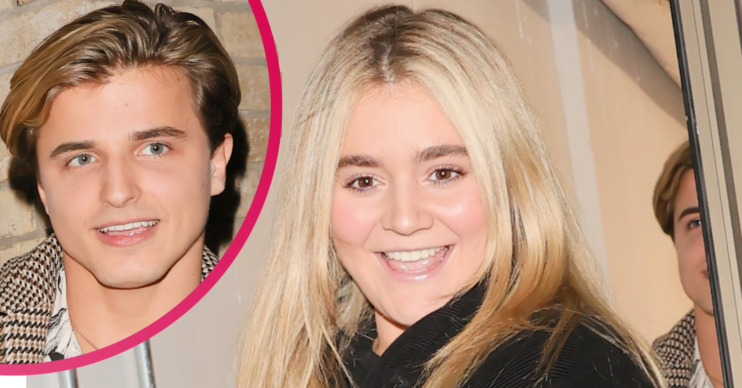 The Strictly Come Dancing contestant sparked rumours of a romance with her pro partner when she competed in the BBC1 show.

But the two have always insisted they were just ‘best friends’.

So what’s changed for Tilly Ramsay since Strictly?

Since this year’s Strictly series ended Tilly, 19, has had a little more time on her hands.

The Sun newspaper reports that Tilly has joined celebrity dating app Raya, and hopes to meet someone soon.

Tilly, 20, the daughter of chef Gordon Ramsay, is reported to be not looking for ‘anything serious’.

Meanwhile her bestie Nikita, 23, has been reunited with his long-term girlfriend Nicole Wirt in Frankfurt, Germany.

He shared a cute picture of them together on Instagram.

Tilly and she met when fellow pro dancer Nicole flew to London to see Nikita during filming for the show.

A source told The Sun at the time: “When Nikita’s girlfriend Nicole came to London she immediately visited him and they got on like a house on fire and bonded over Nikita. Nicole also gave them some tips on their dancing.”

Nicole and Nikita have been dating for five years.

So who could Tilly meet on celebrity dating app Raya?

As the description suggests, you do need to be famous to join Raya.

Celebrities from all over the world have used it with varying degrees of success.

Launched in 2015 it was designed to be for ‘people in the creative industries’.

The idea is they meet someone who’s interested in them not just for who they are or how much they’re worth.

Tilly will have had to have been approved by two existing members.

Famous people who’ve been linked to it in the past include Ben Affleck, Cara Delevigne, Harry Styles and Channing Tatum.

But Raya is so secretive Tilly will have no idea who she could meet until she starts swiping away.