Travel operator Thomas Cook has assured customers it isn't about to go bust amid a share price slump.

On social media, staff have defended the future of the company and addressed fears that holidays are at stake. 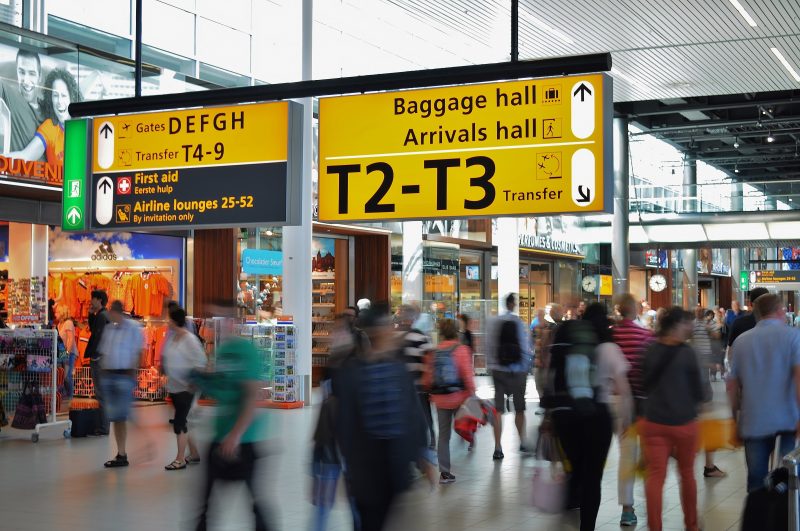 Some customers are worried about their holidays (Credit: Pexels)

Thomas Cook's official Twitter account replied to one fearful customer: "Hi Sian, your holiday is still going ahead. You have nothing to be concerned about. Your holiday is also fully ATOL protected.

"We're one of the strongest brands in travel and we're currently gearing up to take 20 million customers away to destinations all over the world this year, so you don't need to be worried, it's business as usual here at Thomas Cook." 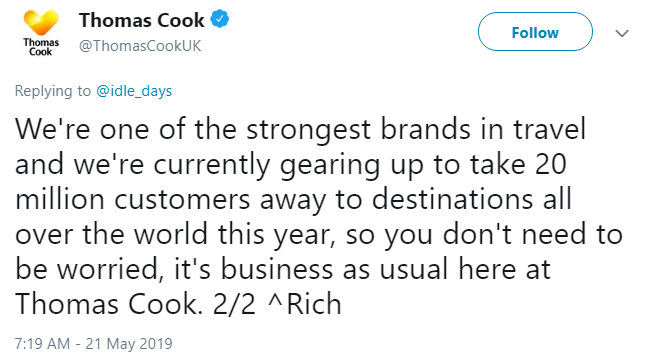 To another, the company's representative dismissed "speculation" in the press and insisted it's "business as normal" for the firm.

They tweeted: "Hi Stacey, please let me assure you that your holiday to Menorca in June will go ahead and your package includes ATOL protection as standard. We're not going bust or into administration.

We have ample resources to operate our business through this difficult time.

"I know there's been some speculation about us in the press over the weekend but it's just speculation. It's business as normal for us as we continue to trade, operate and send customers on their holidays with us." 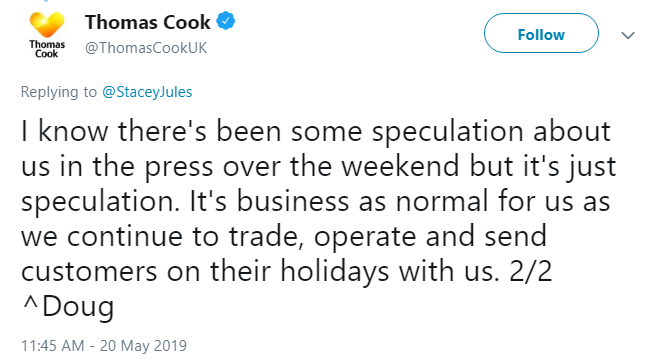 On Monday (May 20), Thomas Cook's CEO Peter Fankhauser told The Independent that, while he "fully understand[s]" customers are worried, he can "really reassure" their holidays are safe.

He told the publication: "We have ample resources to operate our business through this difficult time."

Shares in the London-headquartered firm rose earlier today (May 21) from a low of 10p to 11.9p. 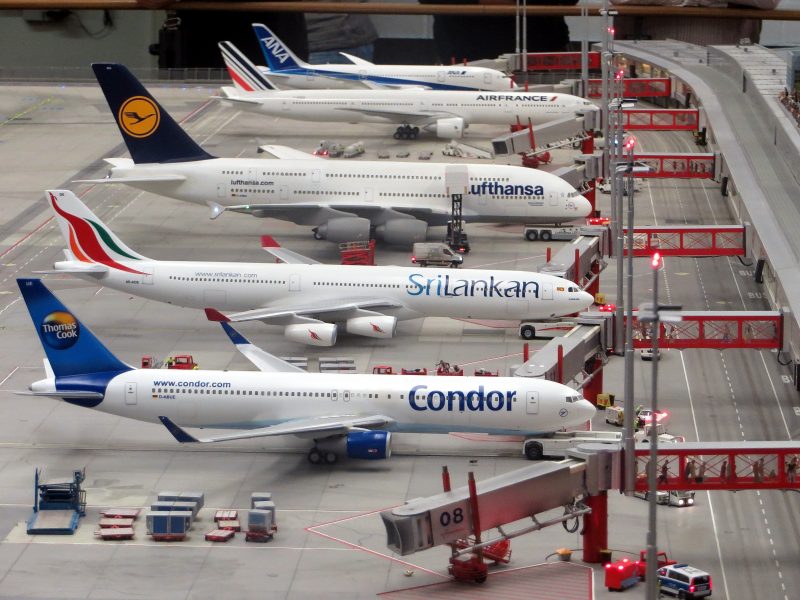 It follows a 40% drop to 11.7p last week after the company announced a £1.5 billion loss for the first half of the year.

Thomas Cook has reportedly secured an additional £300 million from lenders and plans to sell its airline business to help with its £1.25 billion debts.

Commenting on the planned disposal in the company's half-year results, auditors Ernst & Young said failure to manage it effectively might "cast significant doubt on the company's ability to continue as a going concern".

Other cost-cutting measures will include cutting 150 head office jobs and closing 21 Thomas Cook branches with the loss of a further 320 jobs.