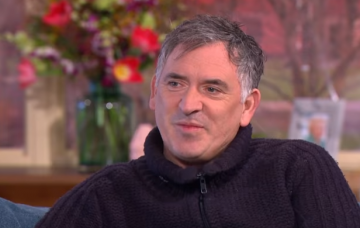 When a guest appears on This Morning, it’s usually what they are saying that the viewers take notice of.

But on today’s episode of the ITV programme, it didn’t quite go like that.

Emmerdale actor Tony Audenshaw was on the couch with Ruth Langsford and Eamonn Holmes discussing his character Bob’s cheating storyline.

Well come on now, we all want to know how Bob has managed to find another love… don’t we?

But viewers were paying attention to something far more interesting.

As Tony was chatting with the two hosts about Bob sleeping with Laurel behind his wife Brenda’s back, viewers were distracted by a major onscreen typo.

Read more: Kym Marsh says she had a brain scan after dizzy spells

Along the bottom of the screen was a banner that said, “Emmerdale: Will Bob chose Brenda or Laurel?” 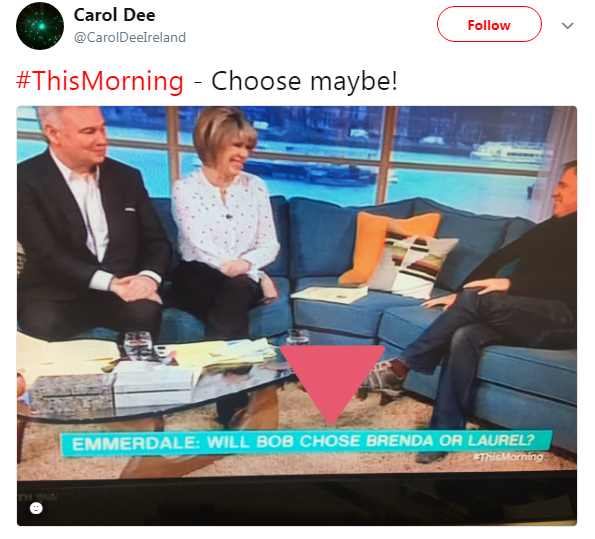 Unaware of the spelling drama going on, Bob revealed that there’s going to be something big happening in tonight’s edition of the show, as far as his character is concerned.

He said: “He’s been settled with Brenda now for donkey’s years. This one afternoon, Laurel came round, she was grieving, Brenda had been away in Canada, something happened and it’s opened some feelings.

“He deeply regrets it. He really loves Brenda. He feels terrible, the fact that he hurt her but he can’t help himself.”

Tony added: “He doesn’t really know what he’s going to do or where he’s going to go. It’s typical Bob behaviour – running away from his problems rather than facing them.”

Should Bob leave the ‘Dales for what he has done to Brenda? Leave us a comment on our Facebook page @EntertainmentDailyFix and let us know what you think!