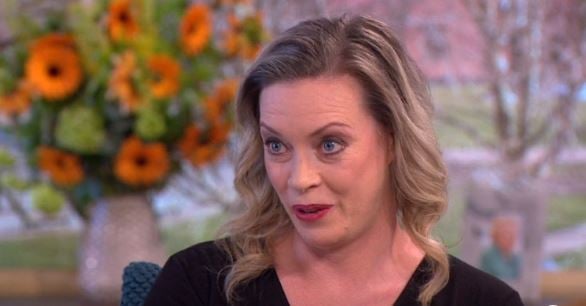 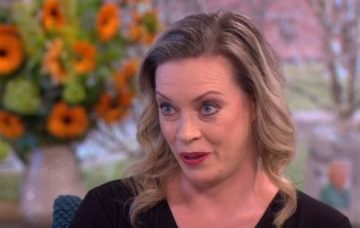 But her story will give hope to so many couples

Sharon took to Twitter this morning to share the heart-wrenching interview she gave to the Mail on Sunday, and implored other women going through fertility treatment to go easy on themselves.

“This was a really tough interview for me to do,” she wrote. “But if you’re going through, or considering IVF, I hope this article and the advice given in it helps you. Please be proud of yourself and kind to yourself.”

Sharon and her partner Paul Fletcher welcomed little Betsey back in July. Sharon was 46 at the time of her daughter’s birth, and acknowledges in her article today that speculation was ‘rife’ that she’d had IVF because of her age.

“When I announced my pregnancy on the television show This Morning back in January, speculation was rife over whether I’d had IVF,” she told the paper, going on to reveal she had in fact had SEVEN rounds.

Sharon went on to say that because she didn’t qualify for treatment on the NHS because in her area, the cut-off age was 39, the cost of her treatment had been £70,000.

Addressing why she hadn’t had children earlier, Sharon explained that ‘sometimes you only meet the right person late in life’.

“I was 40 when I met my partner Paul,” she said.”[I] didn’t deliberately put my career before love or whatever cliches people like to throw. I always wanted to share the joy of a child with a partner, and when I found the right one, we couldn’t conceive. We had every test to find out a cause and we still don’t know why.”

Sharon said that she found out she was pregnant just before Christmas last year – and bought fourteen more tests to be sure the result on the first one was right!

Branding IVF a ‘miracle’, Sharon said that when she first went into the process six years ago, she had no idea what she would end up going through, how physically hard it is for the woman, and mentally straining for both partners.

She added that she only decided to tell people she and Paul were going through IVF after suffering a second miscarriage last summer.

“You need to talk for your sanity,” she said. “After our second miscarriage last summer and at the end of our tether, we finally told friends, who rallied round and confided their own difficulties and losses.”

Sharon’s fans were quick to applaud her for sharing her IVF journey, saying it gave hope to others.

One wrote: “I wish I’d have (sic) something like this when I was going through it. Lots of dark times & a real emotional roller-coaster that one none apart from those who have experiences it will understand. Good for you.”

Despite all the heartache along the way, Sharon also revealed she could even do it all over again and provide baby Betsey with a little brother or sister!

“I wasn’t the oldest in hospital. In fact, as I carried Betsey out, a midwife told me to wait a year before trying again. I’d be nearly 48 by then I said, but it didn’t bother her. She’d seen older.”

Aw! And how lovely would that be?

Has Sharon’s story struck a chord with you? Have you been on a similar IVF journey? Leave us a comment on our Facebook page @EntertainmentDailyFix and let us know.