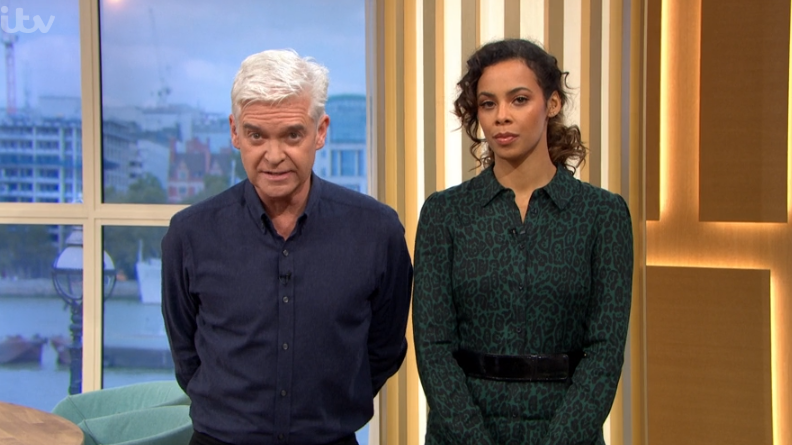 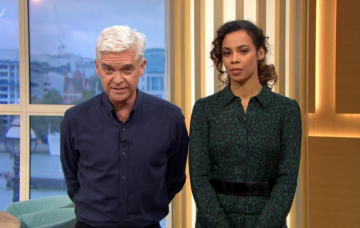 He also has a famous girlfriend

Any new faces on This Morning is cause for excitement, but viewers took that to a whole new lusty level when they spotted the ITV show’s newest TV chef.

Unsurprisingly, Isaac, 32, is also a model who has done campaigns for the likes of Hermes, Moschino and Topman.

Viewers at home went crazy for the hot new cook, with one tweeting: “@thismorning chef was HOT.”

Another commented: “The chef on @thismorning has a look of a young Elvis!!”

A third wrote: “So I’ve just caught up with #ThisMorning… Bet @hollywills can’t believe she missed out on the dishy chef!”

While a fourth added: “Oh my goodness, the chef on @thismorning is beautiful!”

He was labelled everything from “dreamy” to “beautiful” to “sickeningly handsome”.

Others joked that Phil, 56, and Rochelle, 29, were a bit in love with their new star, too.

One wrote: “Not sure who fancied that chef/model more Phil or Rochelle! #ThisMorning.”

Another added: “OMG could @RochelleHumes flirt any harder with your chef?? lol @thismorning @Schofe @ITV.”

One begged: “@Schofe Woaah who is this chef on #thismorning Please give me a job in that studio… I’ll even clean his dirty dishes! @thismorning.”

Isaac has a whopping 477k followers on Instagram, where he shows off his model-good looks and various culinary treats.

But it’s bad news for anyone wondering if the chef, whose cookbook, Dirty Dishes is out in March 2019, is single.

Not only does he have a girlfriend, but it’s the super famous Dua Lipa!

And he’s not shy about sharing the odd PDA shot with the star.

The couple first started dating in 2015. They were together for two years, before splitting in February 2017.

They then remained friends before reuniting and going public again in June 2018.

We’re seeing a host of new faces on the ITV show this autumn, after Holly Willoughby jetted out to Australia to co-host the new series of I’m A Celebrity… Get Me Out Of Here!.

Singer Rochelle is covering her seat on This Morning’s sofa.

The Saturdays singer has been popular with viewers, who have branded her “a natural” and “lovely.”

We agree that Isaac is a hottie, but no-one will ever replace Phillip Schofield in our hearts…

Do you think Isaac is attractive? Leave us a comment on our Facebook page @EntertainmentDailyFix and let us know what you think.