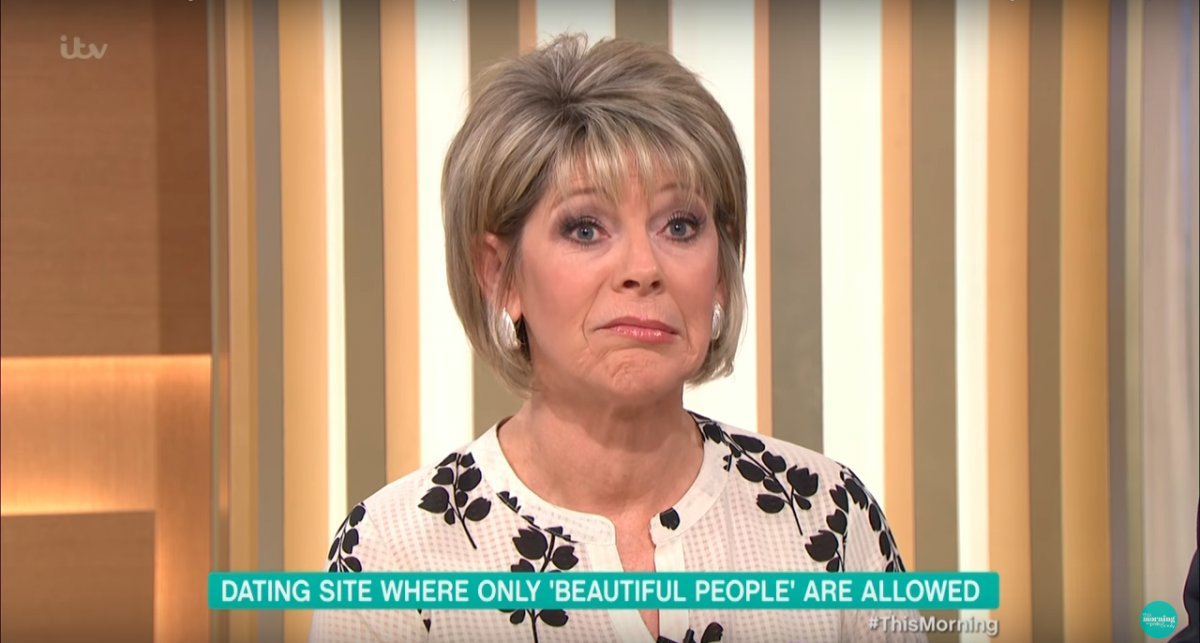 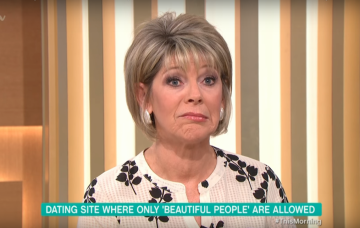 This Morning viewers outraged as guest’s recommendation for Ruth Langsford

Furious viewers slammed a plastic surgeon for indicating how This Morning hosts Eamonn Holmes and Ruth Langsford could ‘make themselves more beautiful’ with cosmetic treatments.

Linda Li appeared on the show alongside Greg Hodge – the creator of a dating website restricted to beautiful people – and was asked what she may recommend both presenters pursue if they wanted to improve their appearance.

Ruth and Eamonn, both 58, were given an appearance evaluation – with facelifts and liposuction recommended to combat the ageing process and ensure they would be accepted on the website, if they wanted to.

Linda was very complimentary about Ruth, but still recommended ironing creases out of her face in the same breath.

She continued: “But if you were rejected from the website, the thing I’d point out to you is that you do show early signs of facial ageing.

“The upper and lower eyelid skin… [And] your smile lines are a little more prominent, the lines that come down from the corner of your mouth – because you’ve had a wonderfully happy life.”

Eamonn also came for an assessment that damned as it praised.

“The man is handsome, but there are definitely signs of ageing,” she said as a picture of Eamonn flashed up on screen.

Pointing out the prominence of the bags under his eyes, she continued: “Ageing occurs in all of us. As we age we look less attractive.”

Linda then suggested Eamonn could ‘brighten [his] eyes with surgery” and remove excess eyelid skin.

Moving onto the rest of his face, she added: “Your jawline… As we age, the skin begins to sag a little bit. Tightening it up makes it more youthful.”

Although both presenters accepted the advice ‘as a bit of fun’, many of those watching were infuriated at the suggestions and the notion of the ‘beautiful people’ website in the first place.

@thismorning plastic surgery is not the right thing to promote, beautiful https://t.co/rdrkpucEwl sounds shallow to me and everyone is different and attracted to different looks and characteristics

#thismorning @thismorning sorry but this is ridiculous!!
Everyone is beautiful in their own way! This is the reason why people feel they need to change all the time to be better than they are! @EamonnHolmes @RuthieeL

@thismorning What a shallow couple from that dating site for Beautiful People ..Define #Beautiful !…and the woman telling @ruthlangsford she shows signs of facial ageing OMG HOW RUDE!!! … theres nothing more attractive than the twinkle of an irishmans eyes @EamonnHolmes

And there were also plenty of fans keen to reassure both Ruth and Eamonn that nothing needs changing about their faces.

@thismorning – is this Linda girl okay? @RuthieeL is absolutely beautiful. You don’t need to change at all! I appreciate what they are doing but please … bore off

@thismorning did she just tell Ruth to get lyposuction give over will you the woman is a national treasure beautiful inside and out. Same goes for @EamonnHolmes