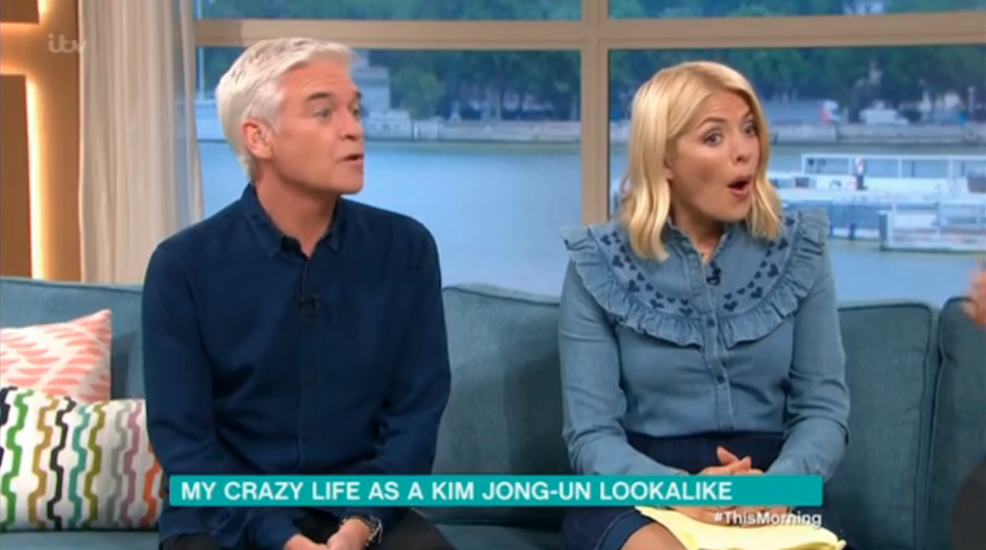 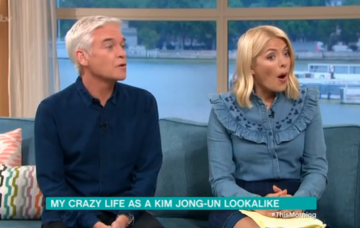 But did Phil and Holly see the funny side?

A Kim Jong-un impersonator had Twitter in uproar on Thursday after he turned the air blue during a bizarre appearance on This Morning.

The Supreme Leader lookalike, from Australia, left hosts Phillip Schofield and Holly Willoughby flustered following his remarks about trying to have sex with a cheerleader.

Talking about how diplomatic relations between North Korea and South Korea softened during the recent Winter Olympics, the dictator’s double revealed how he had hoped to take advantage of his looks to seduce a cheerleader.

“For the first time, North and South Korea participated as one team,” he explained to Holly and Phil.

“North Korea sent out the most beautiful cheerleaders I’ve ever seen to do their propaganda for them.

“Being Valentine’s day, I thought being God of North Korea I could, y’know, maybe get a [bleep].”

With Holly’s jaw dropping open, it was left to a momentarily stunned Phil to issue an apology.

“Sorry about that,” he said quickly as Holly tightened her lips to prevent giggling. 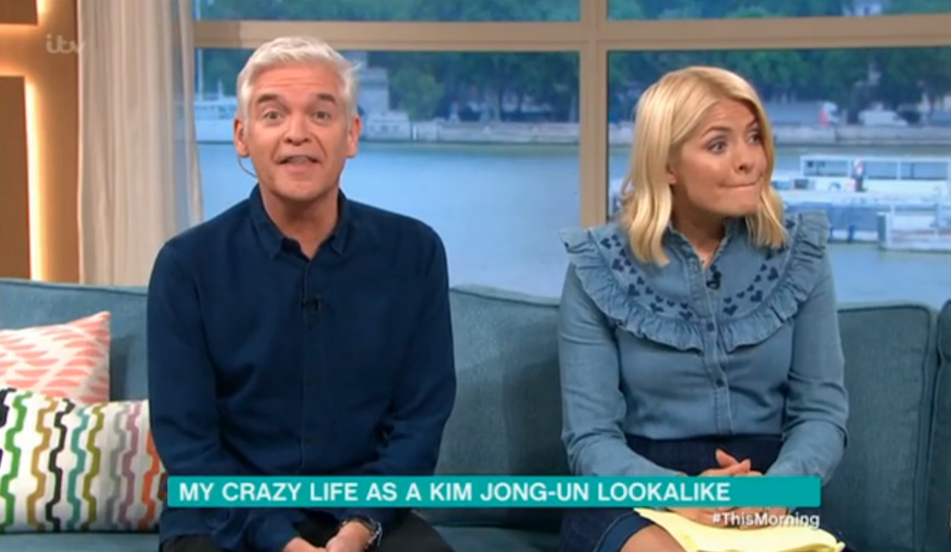 Joking about the bad language, Phil continued: “It might be acceptable in Australia, but not here!”

But as Holly tried to stifle her laughs, viewers on Twitter were erupting with virtual guffaws at the rude word.

It even moved a few to tears. 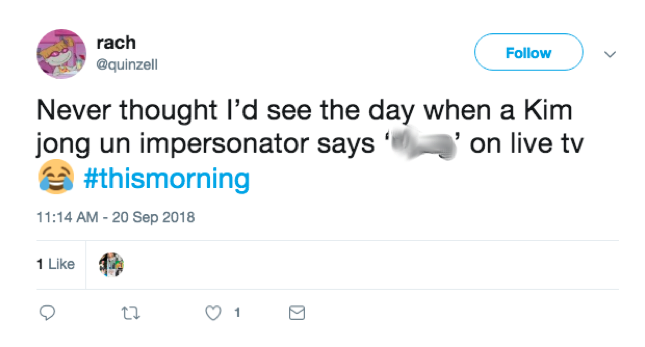 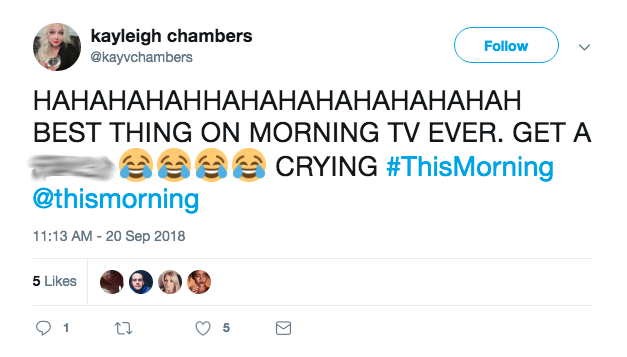 Others were creased at Phil and Holly’s reactions – not surprising since Holly was almost chewing her own lips to suppress laughter. 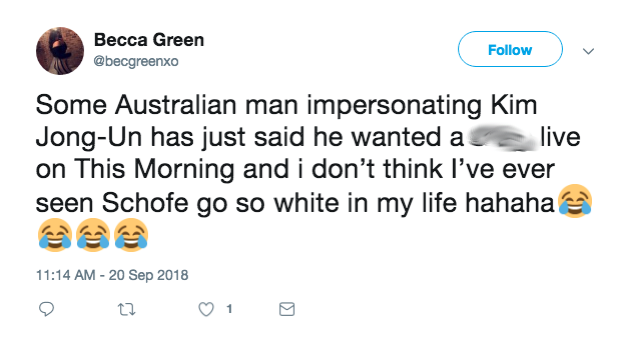 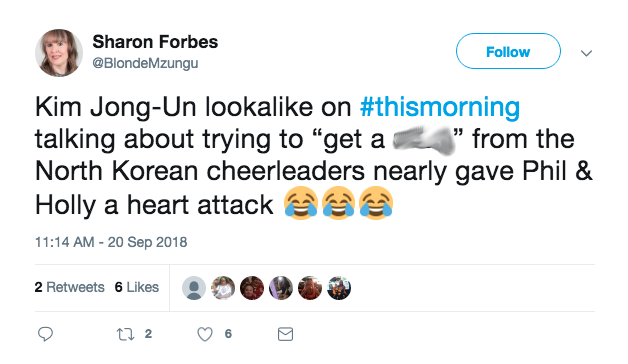 Thankfully, despite the brief panic, both presenters were soon smiling at the cheeky comment fans thought was hilarious. 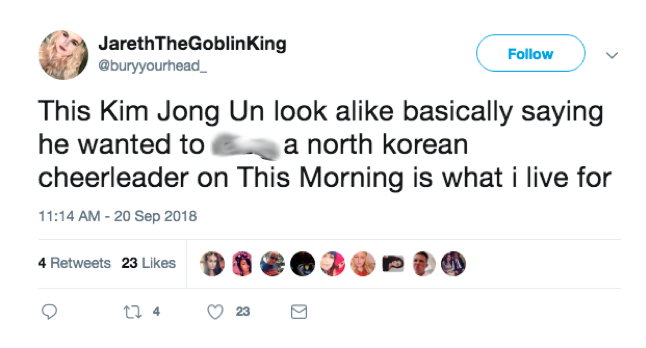 That got rather odd rather fast, didn’t it?

What did you think about this interview? Leave us a comment on our Facebook page @EntertainmentDailyFix and let us know what you think!