Viewers were left divided as Holly Willoughby and Phillip Schofield opened today's This Morning Halloween show with a tribute to The Wizard Of Oz.

To celebrate the film's 80th anniversary, Holly was seen dressed as Dorothy, compete with red slippers and Toto. 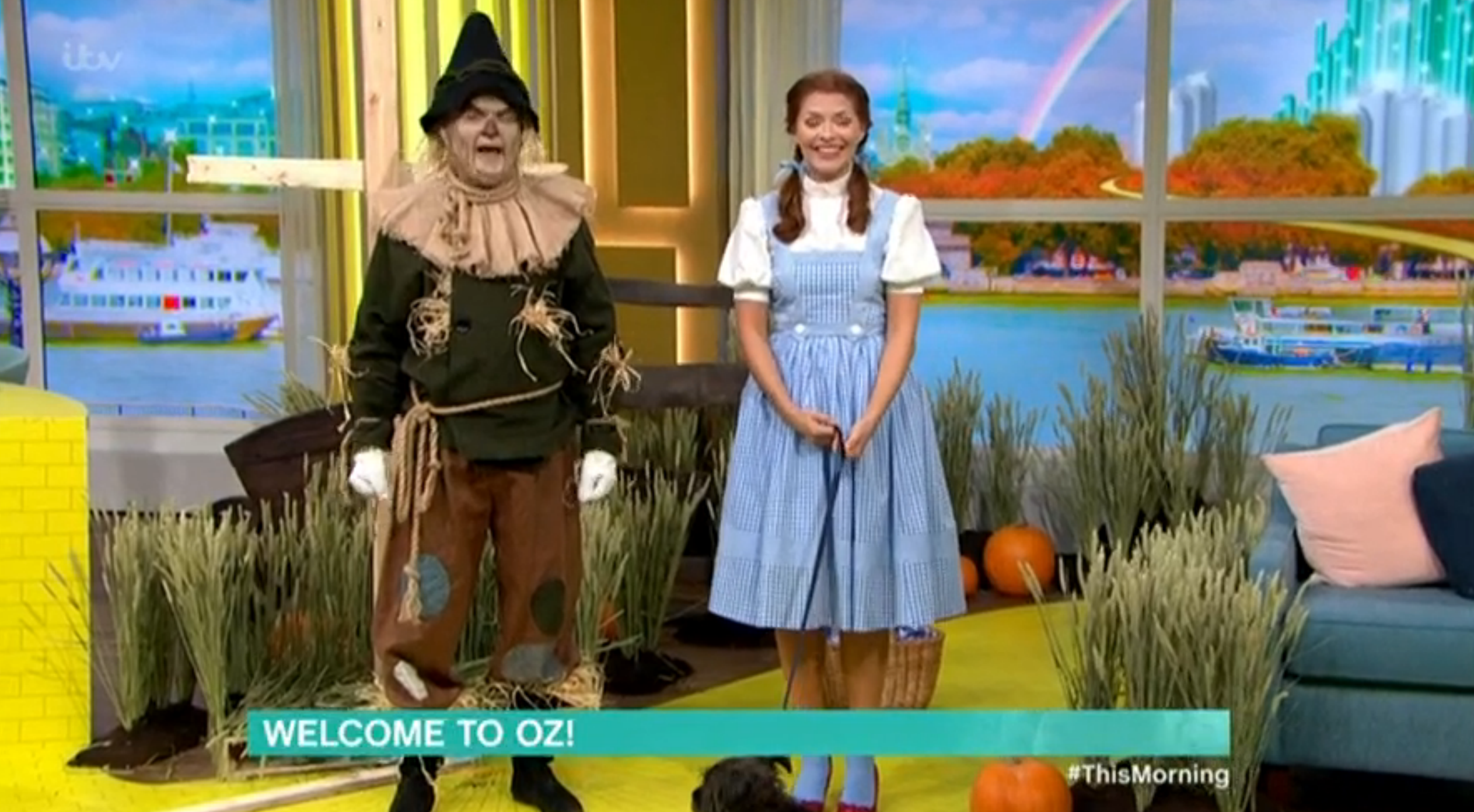 The duo opened the show with a Halloween bang, paying tribute to The Wizard Of Oz (Credit: ITV)

She flew into the studio in the back of a London taxi that had been caught in a tornado.

Phil, meanwhile, had spent hours in make-up, having prostethics applied to make him look like the film's Scarecrow. 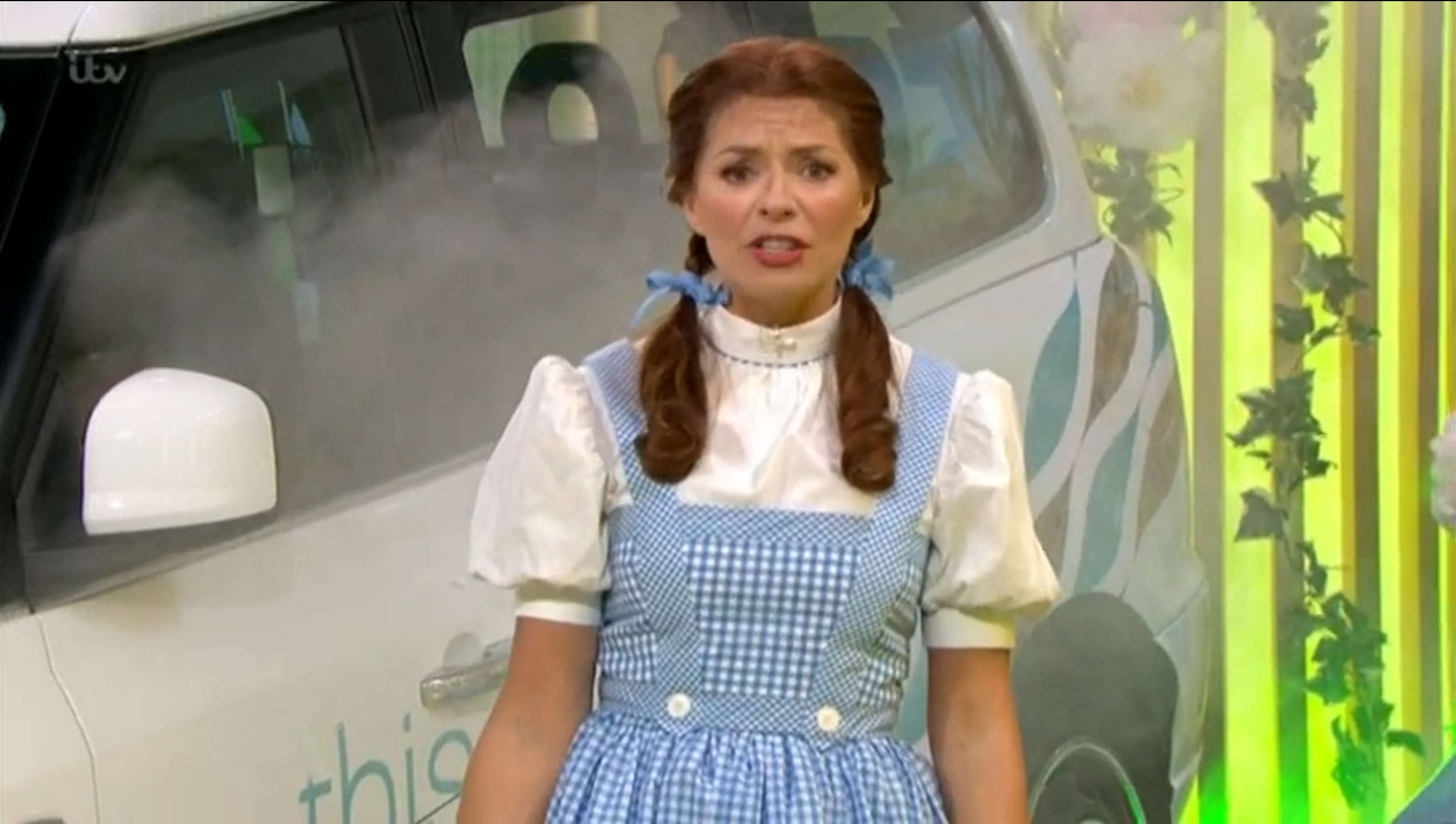 Holly arrived in the studio in the back of a taxi after flying through a tornado (Credit: ITV)

After Holly untied Phil from his post, he harked back to his musical theatre days and burst into song, which also saw the presenters dance.

Read more: Bookies predict Harry and Meghan will announce second pregnancy by the end of the year

This is quite embarrassing and creepy at the same time.

After a performance from an ensemble cast that included Dr Ranj, they headed off down the Yellow Brick Road to find the real This Morning studios. 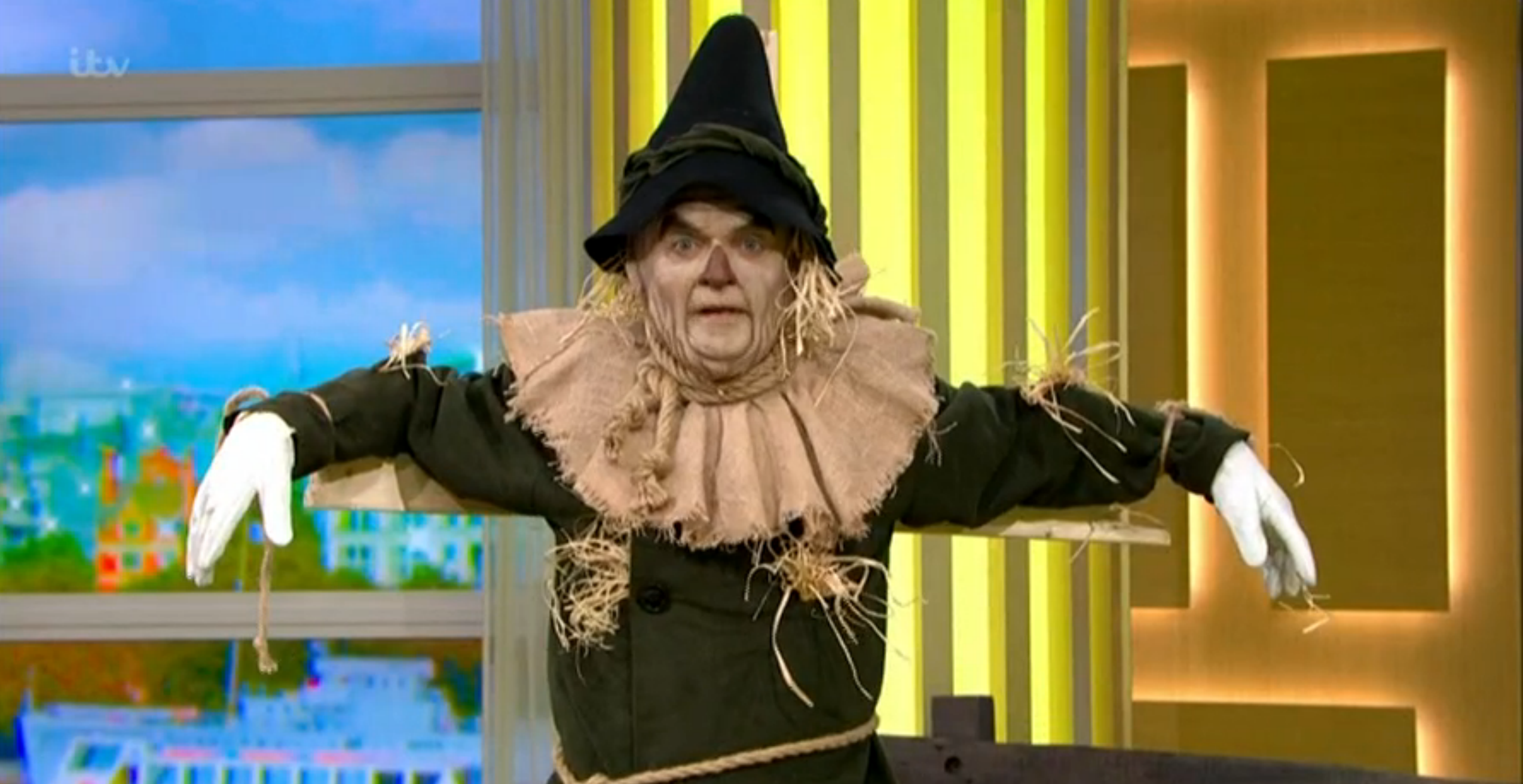 However, while some fans loved the show's opening, others branded it as nothing more than a "filler show".

Others said it made them "cringe".

So today's show is a filler show , more filler than normal #ThisMorning

#ThisMorning Didn't they do this same thing last year?

What fresh hell is this? #ThisMorning

This is quite embarrassing and creepy at the same time.#ThisMorning

This is all so cringe. OMG. @thismorning #thismorning pic.twitter.com/Ebjnx8fSXr

However, others were full of praise for the presenting pair and their dramatic turn.

Love how this morning go all out for Halloween! #ThisMorning

How fantastic! @thismorning! What a way to start the day! I LOVE 😂 #ThisMorning

The costumes were pretty apt for the first segment of the Halloween show, which saw Holly and Phil join a gaggle of witches to cast a spell for snow in London on Christmas Day.

What did you think of the show's opening? Tell us on our Facebook page @EntertainmentDailyFix.