This Morning: Ruth and Eamonn have a domestic live on air

The couple were debating... marriage!

Eamonn Holmes and Ruth Langsford got into a heated discussion during a segment about what makes a marriage work.

Following CBB star Coleen Nolan’s confession about her relationship troubles, the This Morning presenters were joined by husband and wife therapists Kate and Harry Benson to discuss the key to a happy marriage. 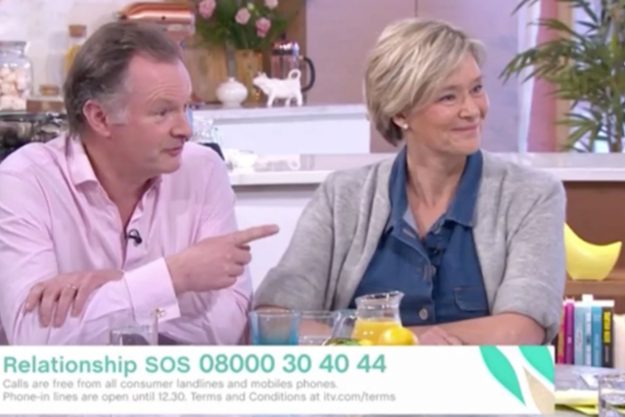 The pair, who have their own book What Mums Want And What Dads Need To Know, revealed that women want a friend in marriage more than anything else.

That’s when Eamonn lost it.

The Sky News presenter said: “No that’s not it. I want someone I fancy as well!”

Harry replied that sexiness came at the bottom of the list for women, but Eamonn was adamant the information was wrong. 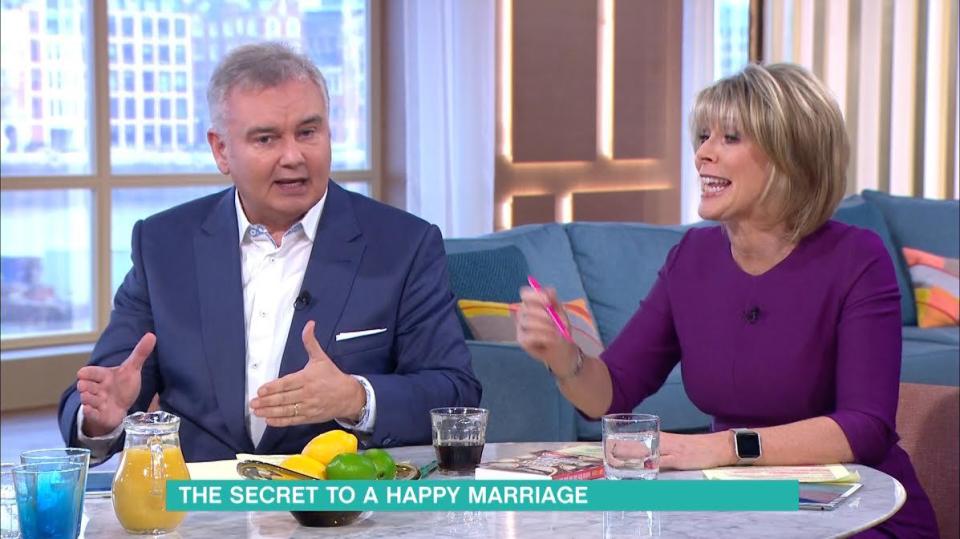 Ruth and the therapists agreed that Eamonn disagreed because he was a man, but Eamonn was not giving up.

He added: “Well do you know what, that’s an existence, that’s not a life.

“That’s an existence. That’s my view.” 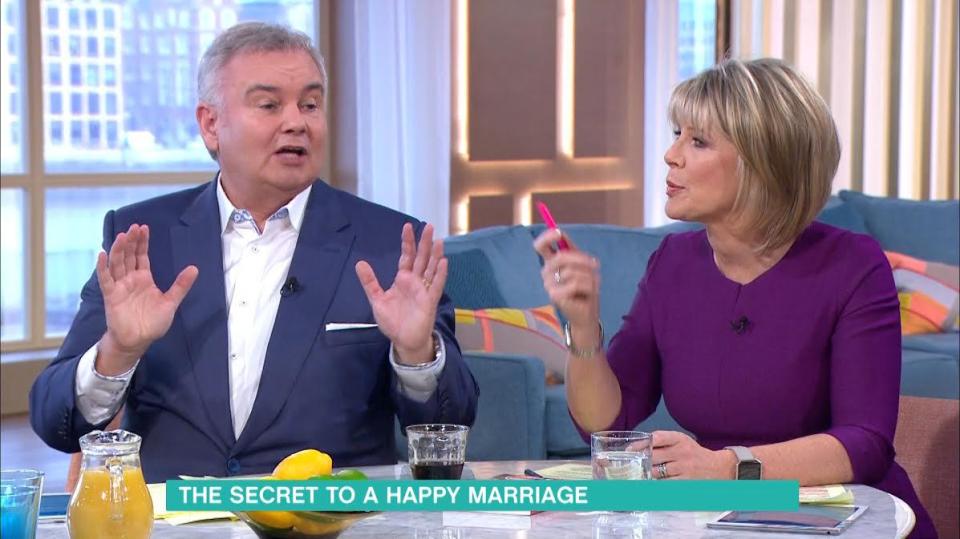 It didn’t stop there…

“Sorry. This is where I’m going to disagree with you. Some things should be done for the husband! I’m sorry, no!

Ruth, siding with the therapists, said: “He didn’t say that.”

Eamonn became even angrier and fired back: “They are saying it darling! There are good men out there as well!”

Ruth told her husband to calm down and informed him that the producers want him “to just get on with it”.

Viewers at home picked up on Eamonn’s comments, with one user tweeting: “@Eamonnholmes is being snappy today. You wouldn’t see Phillip or holly doing this!”

Another added: “lol Eamonn chillax .. so funny this morning.”

Somebody give Eamonn a time out!