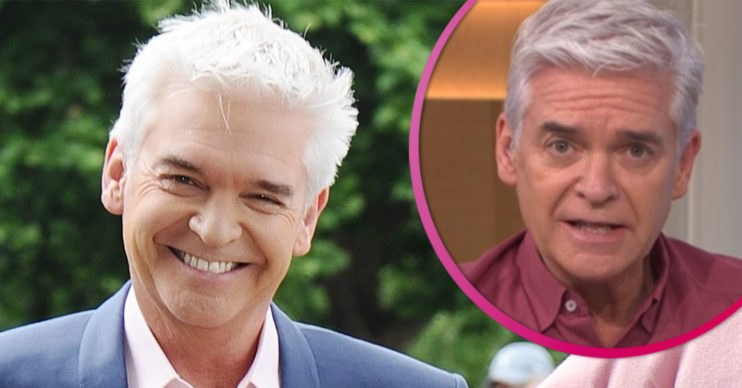 This Morning: Phillip Schofield reveals he fled set to be sick as he kept sexuality a secret

Phil came out as gay in February

This Morning host Phillip Schofield feared he was heading for a breakdown amid his struggle with his sexuality.

The 58-year-old TV presenter, who came out as gay in February, revealed he once ran off the set of the show to vomit during the height of his worries.

Phil, who married Stephanie Lowe in 1993, shared his experiences in his new memoir, Life Is What You Make It.

The star explained one day, he couldn’t face filming This Morning.

He said: “I sat alone in the flat, staring at the walls, as This Morning started on the other side of London.

“It was a very stupid thing to do … all my closest friends knew how ragged my head was but no one except Steph knew why.”

In his new book, he adds: “I had to come out. If I didn’t, the secret was going to give me a total breakdown … at best.”

Phillip attended therapy and took medication before coming out via a statement on Instagram.

Prior to that, the veteran star realised the situation was beginning to overwhelm him.

Recalling how the issue was undermining his work, he said: “It was the first time my issues had spilled over into work.

Another day I had to leave a fashion item to be sick.

“Another day I had to leave a fashion item to be sick. I now knew that I needed professional help.”

Phillip, who has daughters Molly, 27, and Ruby, 24, with Stephanie, has also revealed that Holly Willoughby was the first person at work he told about his sexuality.

The This Morning co-hosts met at a London bar to discuss how he should approach the issue.

“We had a big lead up, Holly was one of the first people I told when I knew what I had to do, she is such a wise person.

“She has got such a calm sensitive aura to her, at home everyone was saying it’ll be fine.

“Holly was saying at work, ‘It’ll be fine’, she was the only one that knew at that time at work.”