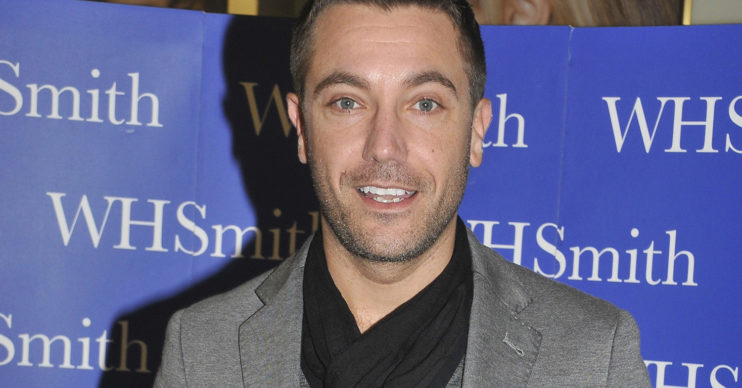 His family is beautiful!

TV chef Gino D’Acampo has shared a sweet photo of his family.

The This Morning star posted the snap to Instagram on Monday showing himself alongside his wife and their three children.

Hi guys, how you doing? The D’Acampo’s send you all a big kiss……. GDx

Gino wrote: “Hi guys, how you doing? The D’Acampo’s send you all a big kiss.”

His followers loved the picture, including many of his celeb pals.

The D’Acampo’s send you all a big kiss.

Another commented: “Lovely family picture, thanks for sharing.”

A third added: “Such a beautiful family!”

Gino and Jessica met while he was working in Sylvester Stallone’s Mambo King restaurant in Marbella.

He was just 18-years-old at the time and she was his first love.

They briefly broke up for a year before getting hitched, however, got back together.

The couple decided to move to the UK and got married in 2002 – six years after they first started dating.

Meet Jessica, the crazy woman who 25 years ago decided to spend the rest of her life with me…..by the way she insist me wearing the stupid bandana…..GDx

Last year, Gino paid tribute to his wife to celebrate 25 years together.

He wrote: “Meet Jessica, the crazy woman who 25 years ago decided to spend the rest of her life with me…..

“By the way she insist me wearing the stupid bandana.”

A source told The Sun: “Family Fortunes is one of TV’s most-loved formats and ITV has been looking at when it might be right to bring it back.

“After a successful pilot earlier this year, they’re putting it back on primetime where it belongs.

“Gino is all but signed and they think he will bring his own unique brand of enthusiasm and charisma to the show.”