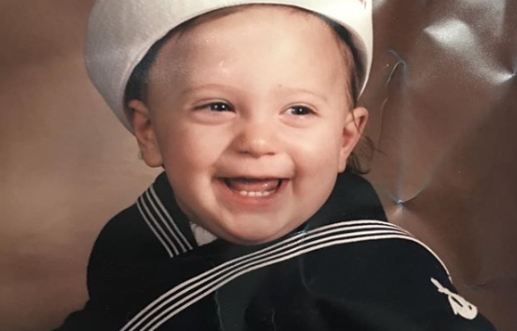 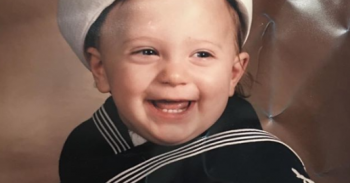 This little cutie grew up to be an EastEnders villain!

This actor is best known for his role in BBC soap EastEnders.

He first joined the soap back in 2006 but left in 2008 following the departure of one of his co-stars, who played his on-screen father, before reprising his role a few years later.

The star also starred in BBC drama series Hustle and competed on BBC’s Strictly Come Dancing in 2007, in which he finished the competition as the runner-up.

The cute tot grew up to be Matt Di Angelo.

Matt played Dean Wicks in EastEnders and starred as Sean Kennedy in Hustle.

In April 2014, Matt returned to EastEnders, to reprise the role of Dean.

In October 2015, it was announced that he would once again be leaving the soap and his last episode was on 5 February 2016.

The star often shares cute throwback photos to his Instagram.

Last year, he posted a hilarious snap of himself as a youngster holding a baseball bat and sporting a pair of swimming goggles.

He captioned the post at the time: “I was a strange child.”

I was a strange child.

Last month, he posted a sweet throwback photo of himself as a little boy wearing a blue jumper, his nappy and a pair of black tap shoes.

Back in 2015, Matt opened up about leaving EastEnders saying it was time for him to find a new job.

He told the Mirror at the time: “It’s been my evil beard. It was kind of cleansing in a way, shaving it off.

“All that drama and Dean’s mindset, it feels like I am getting rid of it and going back to being me.

“It’s been a fun two years, I’ve done some amazing stuff but now it’s time for me to shave and find a new job.”