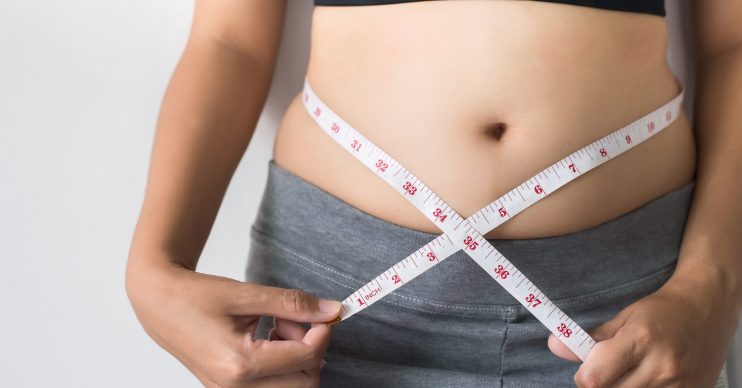 They also don't want to hear about our periods…

When it comes to stripping off in front of your new partner for the first time there’s no doubt about it – we want to look good.

Perhaps you go on a low-calorie diet, put in more sessions at the gym and treat yourself to a cheeky little wax.

However, when the novelty of a new relationship starts to wear off and shyness subsides, we revert back to our old ways – stuffing our faces and letting our new self-care routine slide.

However, new research by From Mars has revealed what the man in your life thinks when you put on a little so-called “comfort weight”.

After all, those romantic candlelit dinners and glasses of wine as you cuddle up on the sofa soon add up – and also add to your waistline.

However, never in a million years did we think that our new boyfriend would judge us for piling on a few pounds.

The survey revealed that a staggering 29% of men – almost a third of those asked – think it’s “unacceptable” for their partner to gain “a lot of weight due to the comfort of being in a relationship”.

However, before you think us ladies are whiter than white, 23% of women said the same would go for their man if he porked up!

From Mars surveyed 2,000 Brits as part of its Relationship Comfort Zone to find out their attitudes towards relationship comfort levels.

Other findings revealed that you really shouldn’t discuss your periods with your other half for at least six months if you want to stay together.

A whopping 67% of men said it was a relationship no-no.

Nobody likes sharing food, so if you’re in a new relationship and think it’s totally fine to pinch a chip off your partner’s plate – it’s not.

The survey revealed that it takes men four months of commitment before they’re happy to share any form of food with you.

“Nobody likes sharing food, so if you’re in a new relationship and think it’s totally fine to pinch a chip off your partner’s plate – it’s not,” the survey makers said.

In some good news, though, we can stop shaving our legs after ten months as 36% of the men surveyed thought this was an acceptable amount of time for his girl to go au naturel.

What do you think of the new research? Tell us on our Facebook page @EntertainmentDailyFix.