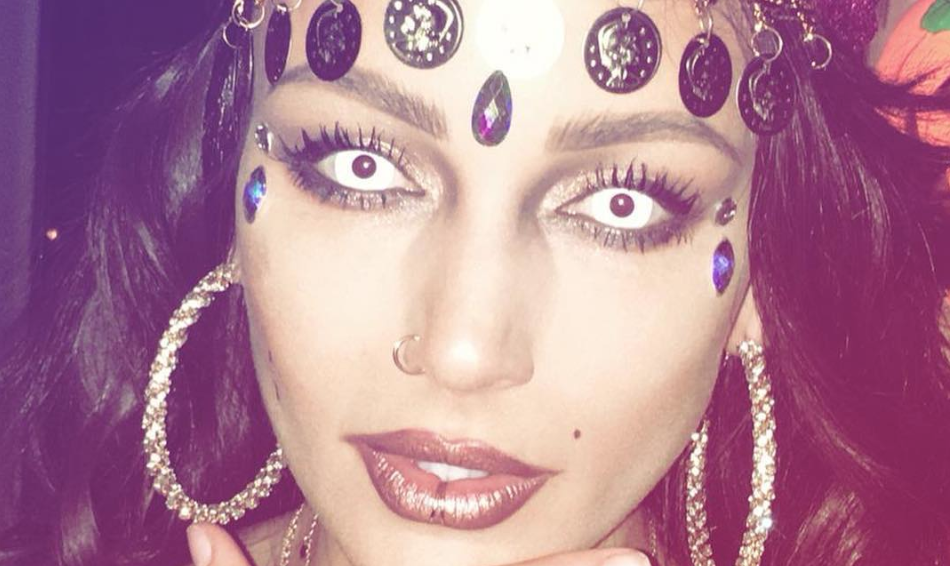 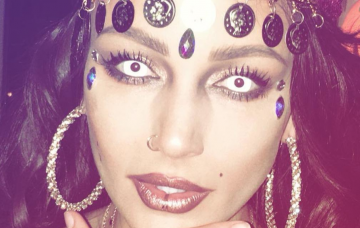 These celebs are unrecognisable in their Halloween costumes!

Halloween is almost upon us and the dressing up has already begun, with witches, werewolves and more flooded across social media.

And just like the rest of us, our favourite celebs are at it as well – sharing some dramatic transformations as they dress up to celebrate the holiday.

X Factor judge Robbie Williams took his fans back to 2008 and The Dark Knight, sharing a shot of himself in full Joker make-up with the caption: “Why so serious?”

Our Girl star Michelle Keegan was particularly dedicated to the cause – wearing a pair of frightening contact lenses as part of her witchy costume.

Last week Holly Willoughby paid tribute to a classic horror comedy queen, dressing as Morticia Addams – but she decorated more than just herself.

The I’m a Celeb presenter also made a tray of Halloween themed cupcakes yesterday.

But her costume may have gone against a friendly pact – Stacey Solomon claimed she had promised a scarier look.

Stacey was appearing alongside Holly on the Celebrity Juice Halloween special, and shared a shot from backstage of her, Holly, and Fearne Cotton, who was dressed as The Bride, from Quentin Tarantino’s film, Kill Bill.

Stacey – who was dressed as Annabelle, the haunted doll from The Conjuring horror films, with her face covered in terrifying make up – claimed they’d all agreed to go “scary” this year.

“When your friends are like ‘we’re going full on SUPER CREEPY, Scary for Halloween this year!’ So you go all out Horror And then… 😂😂😂,” she said.

There are sure to be more Halloween costumes to come – with the day itself falling in the middle of the week, we get two full weekends to dress up!

What are you dressing as for Halloween? Leave us a comment on our Facebook page @EntertainmentDailyFix and let us know what you think!