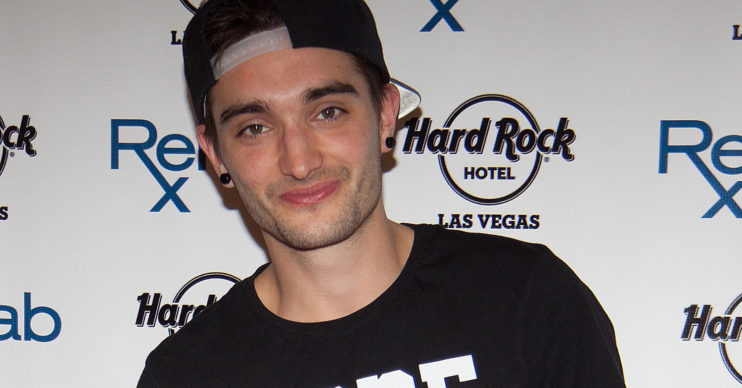 The 32-year-old star has stage 4 glioblastom

The Wanted star Tom Parker has been diagnosed with a terminal brain tumour.

The 32-year-old singer, who has a 15-month-old daughter and is set to welcome his second child with wife Kelsey, has stage 4 glioblastom.

Doctors have told him the tumour is inoperable.

What did The Wanted star Tom Parker say?

Tom told OK! Magazine: “I’m still in complete shock, it’s so much to take in.”

His spouse said: “It has been a crazy six weeks. We had an inkling that something was wrong in July, but we never could have imagined it was this.”

Tom hasn’t asked doctors for a prognosis but the life expectancy ranges between three to 18 months.

The Glad You Came hitmaker said: “I knew something wasn’t right, but I never expected it to be this. You never think this will happen to you.”

The singer has already started a course of chemotherapy and radiotherapy.

Tom had a seizure in July and was placed on a waiting list for an MRI scan amid the coronavirus pandemic.

And six weeks later, he had another more severe seizure and was rushed to hospital.

I’m still in complete shock, it’s so much to take in.

Due to COVID-19, Kelsey couldn’t be with Tom when he was told he had stage 4 glioblastoma.

The couple shared the heartbreaking news on Instagram on Monday morning.

They vowed to “fight this all the way” by raising awareness and researching the treatments available.

What did Tom and Kelsey say?

They wrote: “Hey guys, you know that we’ve both been quiet on social media for a few weeks and it’s time to tell you why.

“There’s no easy way to say this but I’ve sadly been diagnosed with a Brain Tumour and I’m already undergoing treatment.

“We decided, after a lot of thought, that rather than hiding away and trying to keep it a secret, we would do one interview where we could lay out all the details and let everyone know the facts in our own way.

“We are all absolutely devastated but we are gonna fight this all the way.

“We don’t want your sadness, we just want love and positivity and together we will raise awareness of this terrible disease and look for all available treatment options.

Meanwhile, Tom has been supported by his The Wanted bandmates.

Jay McGuinness commented: “You’ve always been one in a million. I love you Tom, let’s get popping.”

Max George added: “You will beat this mate. You’re TOM PARKER. [Love] you.”