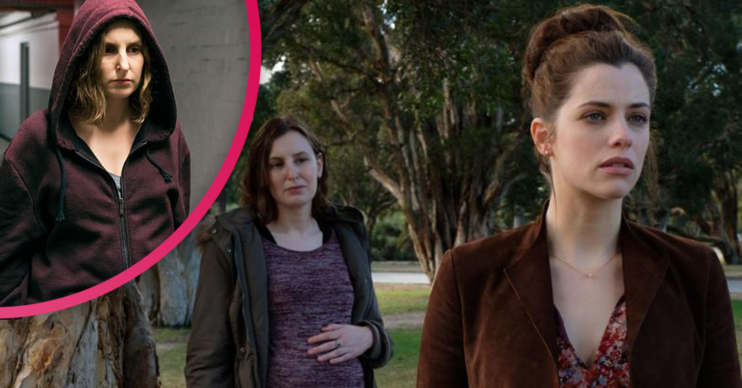 Princess Diana spoke out at the time

The Secrets She Keeps is a haunting new BBC drama based on a true story.

If the title sounds familiar, it’s because the series is a screen adaptation of Michael Robotham’s best-selling book of the same name.

Speaking in 2017 to Hachette Australia Books, the award-winning author revealed the inspiration behind his novel.

“It involves two women who are both pregnant, whose babies are due on the same day.

“Their lives collide in the most dramatic of ways.”

Here, we look at the true story that inspired The Secrets She Keeps.

The Secrets She Keeps is based on a true story

Robotham’s novel is based on the kidnapping of baby Abbie Humphries in Nottingham, England.

When she was just three-hours-old, the newborn was stolen from Queen’s Medical Centre hospital.

For 17 painful day, her distraught parents Karen and Roger Humphries didn’t know if she was dead or alive.

Decades on, the couple still find the horrific ordeal difficult to talk about.

Karen told the Nottingham Post: “I’d had those first three hours with Abbie, cuddling her and feeding her – the bonding had begun.

“It was a terrible wrench to lose her so quickly, but I knew I had to be strong and believe that I would get her back.”

Roger was tricked into handing over his newborn daughter.

A woman had walked into the hospital in disguise with the intention of taking her.

Dressed as a nurse, she told him she needed to take Abbie for a hearing test.

However, when Karen asked where their baby had gone, they quickly realised something was wrong.

The woman had walked out of the hospital with Abbie in her arms.

Roger said: “I ran everywhere like a crazy man – I was in a terrible state.

“I dashed along corridors and ran up the ramp of the car park, checking vehicles, looking for a woman with a baby, but by then she was well away.”

A nationwide police search then ensued with Roger and Karen appearing on TV appealing to the public for information.

Britain was shaken by the news, which went on to dominate headlines.

Princess Diana even reached out to the family to send the family her support.

During the police investigation, cops. called into a house in Wollaton three times after receiving tip offs from neighbours.

It was the home of 22-year-old Julie Kelley, her 25-year-old boyfriend Leigh Gilbert and his mother.

The couple were expecting a child together and had told neighbours all along they were having a boy.

However, alarm bells started to ring when she was spotted with a baby girl – who was born on the same day as Abbie.

“She really was pregnant,’ Julie’s neighbour Naznin Khokhar told the Independent. “She had put on a lot of weight and had swollen ankles, but we were a bit surprised because she had said she’d had a scan and was told there would be a boy.

“When she told us she’d had a girl, she said: ‘Thank goodness we didn’t buy any boy’s clothes after the scan.’

“My brother and sister said they were suspicious and they kept saying: ‘They’ve got baby Abbie’, but I just thought they had overactive imaginations.'”

Police finally found Abbie on their third visit to the house.

What happened to Julie Kelley?

Her solicitor William Everard told the court that she had abducted Abbie after losing her own baby months earlier.

She had suffered a miscarriage but continued to pretend to be pregnant.

During the trial, it was revealed that Kelley had a personality disorder.

It also merged that Kelley had fallen pregnant again with her own child.

When giving his verdict, the judge ruled that Kelley’s responsibility had been diminished by the personality disorder.

After taking into account her mental health, difficult childhood and wellbeing of her unborn child, he sentenced her to three years on probation.

However, he ruled that this time should be spent in a psychiatric unit.

Since then, Kelley had started a new life for herself in a village in the Midlands.

What happened to baby Abbie?

Abbie, who is now 26-years-old, was reunited with her parents.

Following the ordeal, the family relocated to New Zealand – where they still live today.

She has an older brother Charlie, 29, and younger sister Alice, 22.

Opening up about what happened to her as a baby, Abbie insists it doesn’t trouble her.

In fact, she told the Nottingham Post she thinks it was “rather cool”.

How can I watch The Secrets She Keeps?

The Secrets She Keeps is airing on BBC One, every Monday and Tuesday at 9pm.

You can catch up on missed episodes via BBC iPlayer.

In total, there are six episodes.

“The Secrets She Keeps is an emotionally-charged psychological thriller, full of surprise twists and turns,” said Sue Deeks, Head of BBC Programme Acquisition.

“[It is] utterly compelling and guaranteed to keep the audience gripped until the very end.”

Tonight marks the penultimate episode of The Secrets She Keeps.

And the drama ramps up as the search for baby Ben continues.

Meghan makes the brave decision to go on national television to make a public plea for the safe return of her son.

Unbeknownst to her, Aggie is watching at home under the suspicious glare of Hayden.

He’s growing increasingly tired of her lies and the weight of her secret is taking its doll on their relationship.

Will Aggie or Hayden crack when the police come knocking?