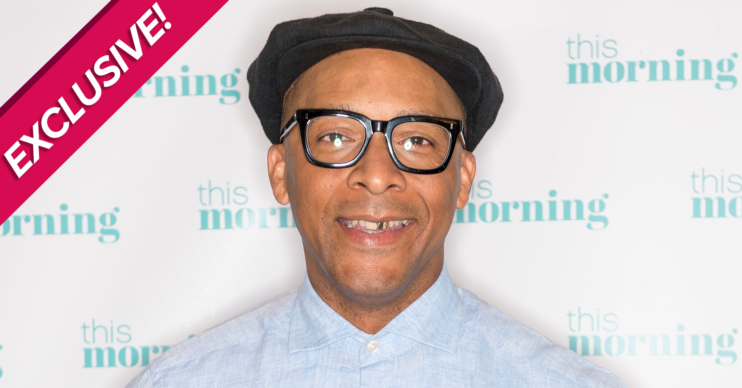 Repair Shop: Jay Blades doesn’t have any family heirlooms after ‘growing up on the poor side of town’

His kids are his most treasured possession

Repair Shop star Jay Blades has revealed he doesn’t have any family heirlooms after “growing up on the poor side of town”.

The popular restoration show airs on BBC One tonight (November 25) and Jay has exclusively told Entertainment Daily about his upbringing.

Jay revealed: “I don’t really have items that have been handed down, I haven’t been that fortunate.

“Growing up on the poor side of town, what tends to happen is anything that’s worth value is either sold for Christmas presents or buying clothes to go to Sunday school,” he said.

Jay and his team are trusted with repairing the nation’s most treasured possessions. So it’ll come as a comfort to viewers to know that no repair on the show has “ever” gone wrong.

“Nothing’s ever gone wrong,” he said, looking back on the show that started in 2017.

Growing up on the poor side of town, what tends to happen is anything that’s worth value is either sold for Christmas presents or buying clothes to go to Sunday school.

“We’re The Repair Shop, we’ve got over 500 years of experience in there. So if we can’t repair something, I don’t think it’s been made.”

Jay also said that the show’s experts feel a “heavy weight of responsibility” when it comes to fixing the treasured items that are brought into the repair shop.

He told ED!: “The experts do feel a little bit of nervousness, but they mainly feel the heavy weight of responsibility they have to get this item repaired back to how that person remembers it. And that is quite hard.

“Some people remember it as a child so you’re repairing something and as soon as they’re reunited with it it’s almost as if the experts are waiting holding their breath to see have I got it right? And all the time they get it right.”

Jay cites his children as his most treasured possession.

He is dad to daughter Zola with ex-wife Jade and step-dad to Paris, the daughter of his partner Christine.

He also has two kids from previous relationships.

And he’s revealed how his kids have reacted to his presenting fame.

“They get embarrassed,” he explained.

“Their friends are watching and their friends’ parents talk about me being on the show – they love the show and the kids get a bit embarrassed.”

Jay also exclusively revealed his Christmas plans – and it appears he’s going to need a bigger pair of trousers.

The Repair Shop host said that come December 25 he’ll be scoffing not one but two Christmas dinners.

“If everything opens up I’ll just do the normal stuff. I have two Christmas dinners and I help out at a homeless centre giving people clothes and serving them up their Christmas dinner,” he told ED!.

Jay has “family in Wolverhampton and family in Telford” and he visits them both.

“So I have one dinner about one o’clock and then go and help out at the homeless centre at about 3.30pm, and then have another dinner at about 6 o’clock.

“I’m definitely going to invest in some of those elasticated waist trousers this year,” he quipped.

“That way I don’t have to undo the belt. I’ll call them my Christmas trousers!”

With The Repair Shop back on our screens tonight (November 18), Jay also ruled out the idea of a celebrity special.

He said he thinks it would “take away from the brand”.

Jay revealed: “We have so many normal people, I don’t think we have to do a celebrity version to tell the honest truth.

“There are so many people that have stories and some items that are just like wow. So you don’t really need to do a celebrity special.

“I think it might take away from the brand of The Repair Shop,” he concluded.

How are you planning on celebrating Christmas? Tell us on our Facebook page @EntertainmentDailyFix.