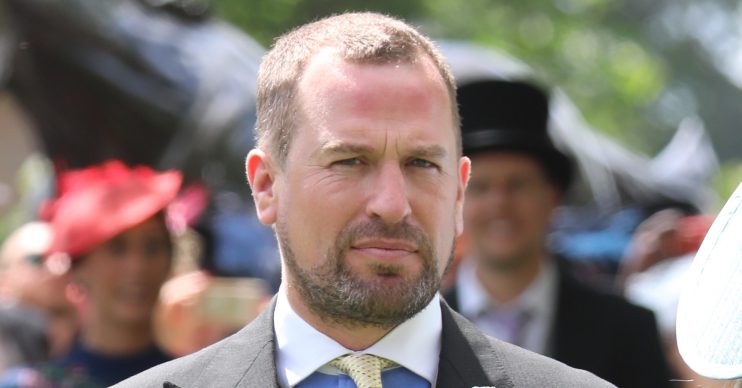 He was brought up on it, apparently!

Her Majesty the Queen’s grandson is using his royal credentials to sell milk on Chinese TV.

Peter is a direct cousin of Princes William and Harry.

In one of the ads, shown on TV in Shanghai, he is seen being served a glass of milk on a silver tray by a butler.

Peter is also seen gazing out of the window of a stately home – reported by the Daily Mail to be Longleat.

A replica of the landau coach used by the Queen on state occasions is also seen in the advert.

In the other advert, Peter is seen smiling, holding a glass of milk and sitting in front of the grand home.

The caption underneath the picture translates as: “British Royal Family member Peter Phillips.”

Although Peter hasn’t confirmed that he was paid for the adverts, reports suggest that the deal could have been worth tens of thousands of pounds.

There is also a 90-second behind-the-scenes video which features Peter speaking in English.

As children, we used to spend a lot of time down at the dairy. There was a herd of Jersey cattle at Windsor and we were brought up on it.”

He tells the cameras: “Hello, my name is Peter Phillips.”

He also revealed: “As children, we used to spend a lot of time down at the dairy. There was a herd of Jersey cattle at Windsor and we were brought up on it.”

Peter also added: “It’s a privilege for me to be able to represent Bright Dairies in this exciting new project to bring Jersey milk to China. Hopefully it will be a huge success.”

The advert came as Prince Harry stepped down as a senior member of the royal family and revealed he and wife Meghan want to become financially independent.

It’s thought the couple will be given guidelines on what they can put their Sussex Royal name to.