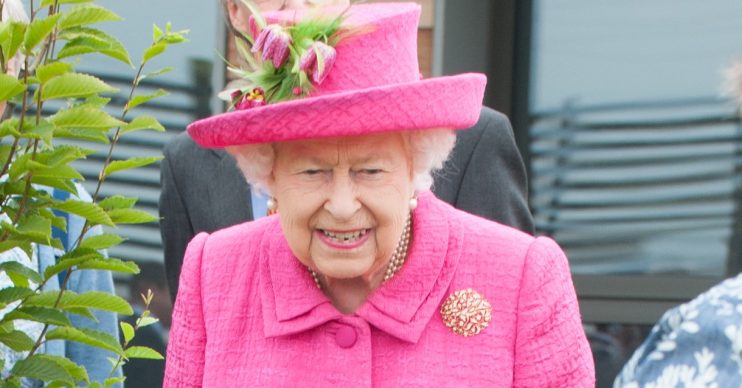 Earlier today, it was reported that the Queen could hand over her powers to Prince Charles in two years’ time.

For the time being, though, Her Majesty is “still perfectly capable” of doing things for herself, thanks very much.

We know this because the 93-year-old figurehead was heard saying it on a video posted today, after someone offered to help her plant a tree.

At 93 the Queen is still insistent that she is up to a staple part of the job. Rejecting an offer of help, she says: “No, no, I’m still perfectly capable of planting a tree.” pic.twitter.com/GU0e99OXrJ

The Queen paid a visit to the National Institute of Agricultural Botany in Cambridge this morning, and raised eyebrows when she picked up a shovel to start planting a tree.

An aide leant in to ask Her Majesty if she required assistance, but the monarch issued a firm response.

Posting a video of the moment to Twitter this afternoon, the Daily Express’s royal correspondent Richard Palmer explained: “At 93 the Queen is still insistent that she is up to a staple part of the job.

“Rejecting an offer of help, she says: ‘No, no, I’m still perfectly capable of planting a tree.'”

Read more: The Queen ‘will give up her powers to Prince Charles in just TWO years’

Needless to say, Elizabeth II’s fans loved the clip, and were soon inundating Palmer’s inbox with words of praise.

One gushed: “She is one extraordinary amazing woman.”

Another said: “She reminds me of my grandmother. That generation of women is tough as nails and going to live another 100 years.”

And a third remarked: “Isn’t she a gem? There will never be another like her.

“She’s defined ‘duty’ in its truest, purest form her entire adult life. And often with a cheeky smile. Bless her. Just bless.”

Following her visit to the National Institute of Agricultural Botany, Her Majesty was due to have lunch at Queen’s College before officially opening the city’s new Royal Papworth Hospital.

Royal author Phil Dampier made a reference to the Queen possibly downing tools during an episode of Yahoo UK’s video series The Royal Box.

He said: “There is talk that when she reaches 95 in a couple of years, she may slow down and possibly the Regency Act [which allows a reigning monarch to hand over power if they are unable to perform their duties] will be brought in.”

Well, judging by what happened today, Her Majesty still has a lot left to give!