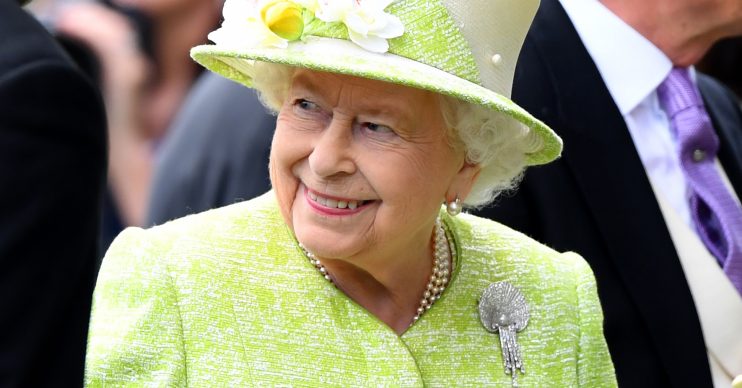 The photo is to celebrate the start of a new decade

Prince George and his dad Prince William have appeared in a new Royal portrait with the Queen to celebrate the start of a new decade.

The pair and Her Majesty were also joined by Willam’s father and George’s grandfather, Prince Charles, in the new photograph, which was snapped in Buckingham Palace’s Throne Room.

Kensington Place has posted the portrait of the Queen and her three heirs – taken by photographer Ranald Mackechnie – on its Instagram page, before wishing followers a ‘Happy New Year’.

Smiling at the camera, the Queen looks resplendent in a white long-sleeved dress, which she has accessorised with a blue gemstone broach and her trademark Launer handbag.

The Prince Of Wales and Duke Of Cambridge are wearing smart suits, while six-year-old George is dressed in Black Watch tartan trousers and a white shirt by British designer Rachel Riley.

A new portrait of The Queen and The Prince of Wales, The Duke of Cambridge and Prince George has been released to mark the start of a new decade.

“A new portrait of the Queen and the Prince of Wales, the Duke of Cambridge and Prince George has been released to mark the start of a new decade.

“Wishing all of our followers a happy and healthy 2020! Photo by Ranald Mackechnie.”

This new celebratory portrait comes after recent claims that the Royal family is slowly being ‘slimmed down’, with Prince Charles apparently wanting to reduce the number of working Royals.

During her 2019 Christmas speech, the Queen sat alongside framed photographs of only a select few members of the family.

It sat alongside a photograph of Prince Charles and wife Camilla, one of The Queen’s husband Prince Philip and one of her father, George VI.

Meanwhile, before Christmas, Buckingham Palace released a video showing The Queen and her three heirs making a Christmas pudding together. It was filmed as part of the Royal British Legion’s ‘Together At Christmas’ campaign.