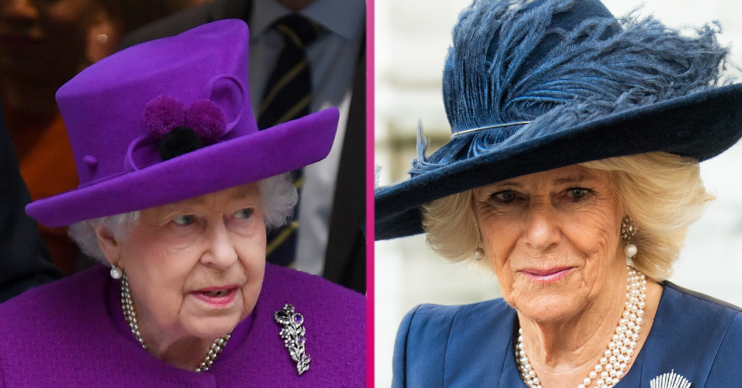 The Queen celebrates Camilla, Duchess of Cornwall, on her 73rd birthday

The Queen and Camilla appear to get on well.

Her Royal Majesty The Queen paid tribute to Camilla Duchess of Cornwall on her 73rd birthday.

The Queen, 94, posted a birthday message and photo with Camilla across social media.

In view of the Royal Family’s 3.2 million Twitter and 8.1 million Instagram followers, the post reads: “Wishing The Duchess of Cornwall a very happy birthday! Her Royal Highness turns 73 today.”

Are the Queen and Camilla close?

Dozens of royal fans paid tribute to the royal on her big day.

Read more: Prince Harry ‘feels lost and without a role in the US’

One Instagram user commented: “Long life and prosperity for you, Duchess.”

Another royalist predicted: “I think HM & Camilla are secret besties.”

And a third user gushed: “What a lovely photo of two incredible and powerful women! Happy Birthday to The Duchess!”

In the photo the pair are smiling at one another. The Queen appears to be sharing a rather knowing look.

Camilla married Charles in 2005 after being linked together for decades.

She had been blamed for the breakdown of his first marriage to the late Princess Diana.

However, in recent years her popularity has surged. And the Queen appears to be on good terms with her daughter-in-law.

This was no greater evident last Christmas. While Prince Phillip remained ill at home, the Queen invited Camilla to ride with her to church on Christmas Day at Sandringham.

A hugely symbolic move, her majesty only invites those most highly regarded in the family to ride in her car or carriage.

And the birthday post comes just days after she was praised for visiting the Royal Hospital Chelsea.

Maintaining social distance, she watched the veterans perform a parade and spoke with many.

Located in Chelsea, London, it homes almost 300 ex-army men and women. It serves as a retirement home and care facility.

The Royal Family’s Instagram page explains: “Due to lockdown the Parade was postponed and took place today.

“The Duchess was able to attend and review the Chelsea Pensioners on procession.

“The Royal Hospital was created to provide a home, with comradeship and high standards of care for veterans in later life.”

Do you think Camilla and The Queen get along? Share your thoughts with us on our Facebook page @EntertainmentDailyFix.