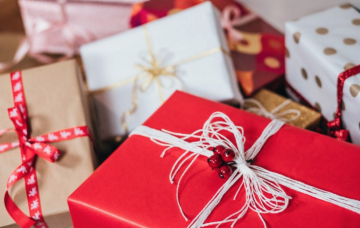 We all remember fondly unwrapping that extra special Christmas present as a child and getting the toy we desperately wanted more than anything else.

Now the top 10 toys of Christmas past have been revealed, and it’s going to cause some serious debate in households across the land.

A survey of 2,000 UK adults who grew up between 1960 and 2000 found that the classic kids’ bike topped the poll, appearing on more letters to Santa than anything else.

Making up the top five most commonly requested Christmas gifts of all time were Barbie dolls and roller skates.

Next came classic board game Monopoly, followed by a football and Etch a Sketch. Completing the top 10 were traditional boys’ presents Action Man and Meccano.

But there were some surprising omissions from the list, including programmable robot Big Trak and the wind-up Evel Knievel Stunt Cycle.

Almost one in four children raised between the 1960s and 1990s asked Father Christmas for a bicycle, which remained popular even as styles changed, from the Raleigh racing bike to the BMX craze.

Each decade presented its own most popular choices, with Scalextric racing away in the 1960s, followed by Barbie.

The 1970s saw Action Man and Etch-a-Sketch soar in popularity among youngsters.

In the 80s, Care Bears, My Little Ponies and iced-drink maker Mr Frosty were kids’ favourites, although none of these made the all-time top 10.

The final decade of the 20th century saw a shift into technology and gadget gifts, with Nintendo Game Boy, Tamagotchis and Furbies all topping lists to Santa.

But the research also suggests times are changing away from traditional gifts, as 38 per cent of parents now say their children have asked for money and gift cards this year.

Rachel Delaney, group marketing manager at One4all, which conducted the survey, said: “It’s wonderful to look back at the most wished for Christmas gifts of the past 50 years.

“We all remember the toys we asked Santa for and desperately hoped would be under the Christmas tree as children, not to mention the magic of opening our presents on Christmas morning.

Read more: Oddest Christmas meal traditions from across the world

“Most of us will also remember the times Santa hasn’t quite got the hint about a toy we really wanted, so it’s understandable that many children are keen to take matters into their own hands with a gift card from Santa.

“For younger kids, it actually can be educational to go out shopping and in fact this can become a part of the festive fun for families.”

Does your favourite ever Christmas toy make the top 10? Leave us a comment on our Facebook page @EntertainmentDailyFix and let us know what you think!