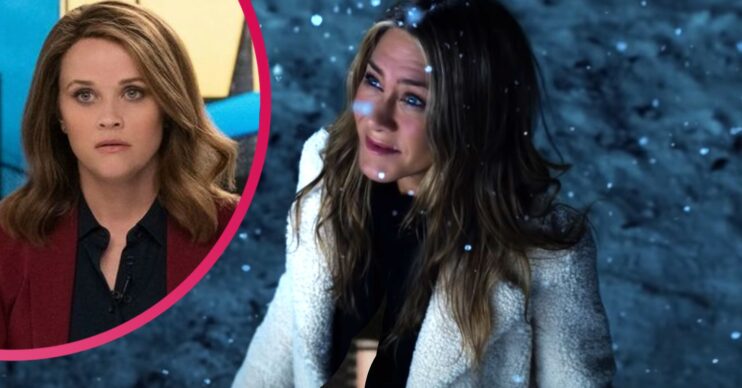 The Morning Show season 2 is coming back – hallelujah.

With the show coming back for series two, Apple has finally unveiled a first-look.

The Morning Show season 2 trailer: What is the plot?

The first series of The Morning Show saw Jennifer Aniston’s character, Alex Levy, fight to keep her job after her co-star was fired.

Mitch Kessler (Steve Carell) was sacked amidst a sexual misconduct scandal that was swiftly covered up. As a result, the network hired Bradley Jackson (Reese Witherspoon) as his fiery replacement.

In the finale, Alex shocked viewers by breaking down live on-air and revealing how the network covered up the scandal.

Season two will showcase the fallout of Alex’s revelations.

It’s also known that the Covid-19 pandemic will be factored in to the show.

“We had a good six or maybe seven outlines already done, and we were in the middle of shooting [episodes] one and two,” Jennifer previously told Deadline.

“And then the COVID crisis happened… Now, Kerry [the creator] is back to the drawing board, and we are incorporating COVID in a way that is so exciting.”

In a first-look trailer, Alex’s co-stars applaud the presenter as she walks through the newsroom after her meltdown.

However, not everything is as rosy as it seems. Bradley can be seen looking concerned as she lies down on the floor in her office.

What will the consequences be for Alex and Bradley? Will they get to keep their jobs?

The Morning Show cast: Who is new?

All the cast from season one are returning for season two.

Jennifer Aniston, Reese Witherspoon and Steve Carell will all be back, alongside Billy Crudup and Mark Duplass.

The biggest new addition to the cast is Juliana Margulies.

The Hollywood star is best known for her roles on ER and The Good Wife.

She’s joining the show as a news anchor on a rival network.

When is The Morning Show season 2 released?

Two episodes were shot before the pandemic hit.

However, filming resumed at the end of 2020.

No release date has been confirmed, but the show is expected to drop later this year.

The Morning Show is available to stream on Apple TV+.