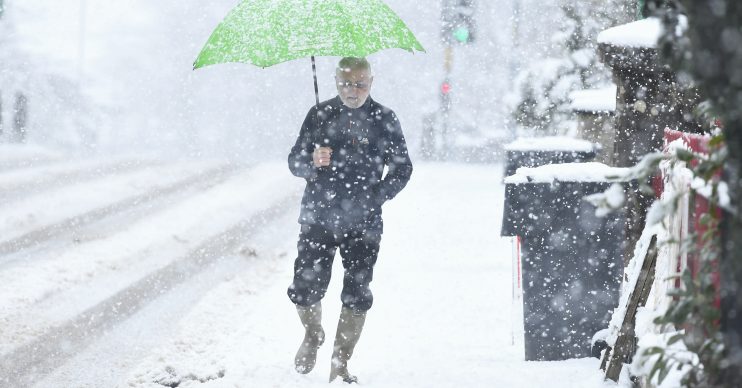 Time to dig out the winter woolies

Even though winter 2019 hasn’t officially begun, snow has fallen in parts of the UK.

Wales, Wiltshire and Gloucestershire had a dusting today (November 14), with the Met Office issuing warnings for snow, ice and rain.

This morning’s satellite and radar sequence shows the wet weather that has been affecting parts of the UK today, notably England and Wales. Notice too the white shading, indicating that there was some #snow falling across parts of southwest England and south Wales pic.twitter.com/FMzFjy5q2e

Read more: The Ikea Christmas ad has landed and people prefer it to the John Lewis dragon

The Met Office said to expect “a mix of rain and sleet at lower levels, but with snow falling on hills above 100 to 200m”.

It added: “Some slushy snow settling on roads above 200-300m, with a few cm possible on the highest routes.”

Luke Miall, a Met Office meteorologist, said “the worst of the winter weather has now moved through” the South West.

However, he added: “But it’s the same one that’s going to push its way north and will affect the flooded areas from last week.”

It’s the same one that’s going to push its way north and will affect the flooded areas from last week.

Residents in South Yorkshire and Lincolnshire, which was badly affected by the floods last week, are braced for more rain.

With thoughts turning to Christmas, many are now wondering if we will see a white Christmas this year.

And, according to bookmakers William Hill, it could be pretty likely.

William Hill has revealed that the odds of there being snow in London on Christmas Day are 6/1.

It’s most definitely time to dig out those winter woollies!

Head to our Facebook page @EntertainmentDailyFix and let us know if you’ve had any snow.