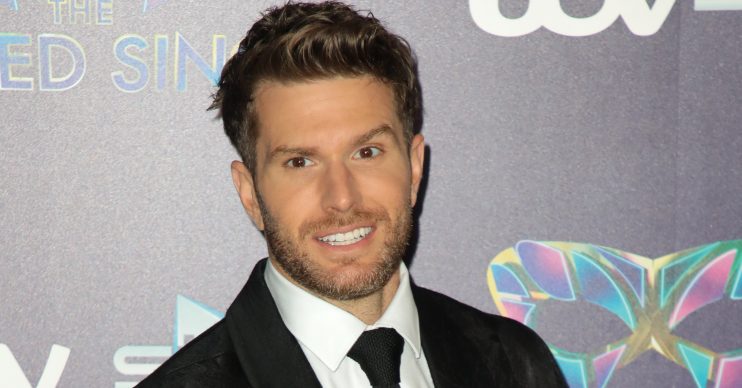 The Masked Singer presenter Joel Dommett has said a celeb who has denied they’re on the show is lying.

In a new interview the host claimed a famous person has insisted they aren’t behind one of the masks – but he knows differently!

TONIGHT! @maskedsingeruk at 7pm @itv DUCK/UNICORN/QUEEEN BEE/CHAMELEON and HEDGEHOG will be performing and one will be revealed.. who do you think they are? More importantly – who am I? I need a gap year to find out.

Speaking to The Sun, Joel said: “Last Saturday, I saw someone who is on the show saying it wasn’t them. Which is interesting.

“The final episode is going to be a mad one. There’s three reveals and nobody is getting near to guessing them. It’s going to be epic.”

I saw someone who is on the show saying it wasn’t them.

He also revealed the levels of the security on the show in order to keep the singers’ identities a secret.

The ITV series has taken Saturday-night ratings by storm, and a flurry of rumours and counter-rumours have hit the internet in a bid to guess who the celebs under the masks are.

Joel, 34, told fans that he didn’t even know who the celebs under the masks were and that he was “still guessing” until the reveals.

“The secrecy behind it is insane.

“None of the crew know, only a handful of producers — maybe five or six. Until the reveal happens, I’m still guessing myself.

“The celebrities all arrive in the studio with motorbike helmets on and hoodies saying ‘Don’t talk to me’.”

Joel, married to Hannah Cooper, also revealed that even the studio audience has to go through strict security checks.

He also said production crew ‘get rid’ of most of the audience for the reveal, but ‘there’s a little bunch left who’ve signed NDAs (Non-disclosure Agreements)’.

I'm not on that bloody show!

This is my voice singing live folkshttps://t.co/Gkksm8Bb4S
NOTHING LIKE THE BEE.I've spent my Saturday night on my hands and knees scrubbing my kitchen floor like a 1950s housewife on purple hearts! 😂😂

But rumours persist about the rest of the characters.

Jason Manford has addressed the idea that he is Hedgehog, while John Barrowman has been linked to the Unicorn character.

Elsewhere, fans think The Chase’s Jenny Ryan might be Duck, and either Girls Aloud’s Nicola Roberts or Charlotte Church is Queen Bee.

Charlotte took to Twitter to dismiss those rumours saying, “I’m not on that bloody show!”