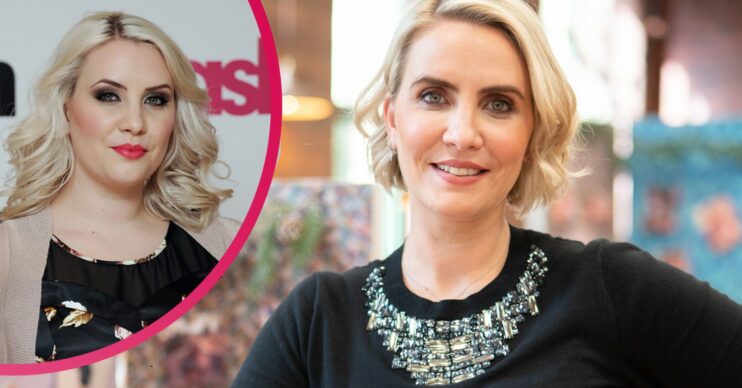 Former Steps singer Claire Richards is one of the celebrity faces taking part in two Christmas specials of the Great British Sewing Bee and here’s a reminder of her amazing weight-loss journey.

Claire, 44, competes with Drag Race‘s Lawrence Chaney, comedian Rose Matafeo and journalist Kirsty Wark. The celebs take to their sewing machines for a series of challenges.

While she’s best known for strutting her stuff with Steps, Claire is also respected for her candid attitude over weight issues.

Read more: The nation’s favourite Christmas chocolates have been revealed

She’s been open about her yo-yoing weight and her battle to go from a size 20 to a size 10. But how did she do it?

During an interview with Essentials magazine in 2015, Claire revealed that she often wouldn’t be able to stop eating while indulging in takeaways.

She learnt how to control her portions by using a smaller plate.

She said: “I’ve stopped doing that, stopped eating until I feel sick. Now I take a smaller plate and put hopefully more healthy options on there.”

Claire has previously said that at her heaviest she weighed 16 and a half stone, managing to drop six stone and keeping it off.

How much weight did Claire from Steps lose?

She spoke honestly about her relationship with food in her 2012 autobiography, All Of Me.

Claire told her readers that food was almost like a drug to her and she had to work hard to fight her eating urges. She wrote: “I have an emotional connection to food. Food for me is almost like a drug – I get an instant gratification from it, but it doesn’t last very long.”

She also spoke about her weight fluctuating during her pregnancies, piling on over five stone when she was expecting in 2009.

In 2014, Claire told The Mirror: “I just really want to set the record straight because I’m not bringing out a fitness DVD, I’m not doing some miracle diet, I don’t have the secret to weight loss and staying slim.”

She went on to say that her weight was causing issues conceiving a third child and she was advised by her doctor to lose weight.

“My husband Reece and I – we decided that we wanted to try for another baby and me being overweight was causing us a lot of problems, so I went to see the doctor and he advised that I lose weight,” she said.

She also shared the heartbreaking news that her years of yo-yo dieting could have prevented her from conceiving naturally again.

Claire has been successful in keeping the weight off though and her social media fans are always on hand to tell her how fab she looks.

In 2016 she told Lorraine Kelly that she manages her weight by sticking to 1500 calories a day.

She said: “I’m trying really hard. It’s not rocket science how you lose weight but keeping it off has always been my problem.”

Claire has also spoken out about the pressure social media puts on young people to be slim.

Earlier this year, Claire spoke to The Sun on Sunday about how her own health came second to Steps’ success.

She revealed how she was once told to “rearrange” an appointment over a concerning lump she’d found.

“Looking back, we weren’t really seen as human beings by the people around us.

“On one occasion I found a lump, and I booked a doctor’s appointment to get it checked. When I told them, they asked me to re­arrange it. We had radio interviews to do that day.”

Steps reformed back in 2017 after a five-year break.

They are currently taking a break from their current tour. Several crew members tested positive with Covid late last month.

Catch Claire on The Great British Sewing Bee: Celebrity New Year Special which airs 30 December on BBC One at 9pm.