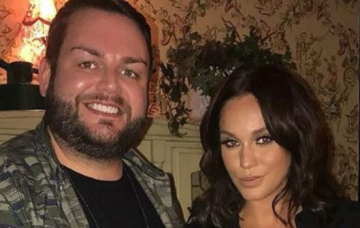 It is a tragic loss

Paul, who was known on the celebrity circuit and as a popular Newcastle bar boss, had been celebrating on June 1 in Newcastle but things ended tragically.

Paul, who ran popular bar The Botanist, collapsed on Clayton Street West in the early hours of the morning and medics were unable to resuscitate him when they arrived at the scene.

A coroner has now concluded that his death was “drug related”.

Vicky had been out with Paul, who was 37, and their pals before it happened.

Coroner Karen Dilks said, according to a member of the public, Paul was seen “sitting on a wall and appeared to be swaying with his head in his hands”.

She added that “a short time later he was seen lying unresponsive on the pavement”.

A post-mortem examination showed no clear signs of natural disease, while a toxicology report showed the presence of MDMA (aka ecstasy) in Paul’s system.

Read more: Tragedy of dad who woke to find baby son dead in his arms

Mrs Dilks concluded: “Given the evidence I have heard today it’s clear Paul Burns had no natural disease that could explain his death – the only significant finding was that of the toxicological findings of the level of MDMA.

“The conclusion I must report is that it was a drug related death.”

A statement from Northumbria police said there are “no suspicious circumstances and no link between Paul’s death and any other death”.

Geordie Shore stars including Vicky, 31, posted tributes to Paul after the news of his death last year.

Vicky also opened up on her heartache on Loose Women in September.

She said on the ITV show: “I don’t think anything can prepare you for loss like that.

“Paul was hilarious and warm and witty, and truly an amazing person. I feel like I was given that one last night as a gift.”