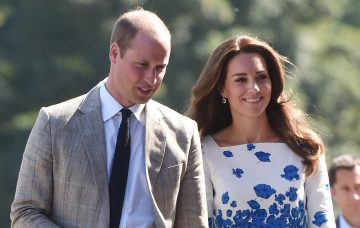 The Duchess of Cambridge gives birth to a baby boy!

Kate and William have become parents for the third time!

The Duchess of Cambridge has given birth to her third child, a baby boy.

Kensington Palace has confirmed the Duke and Duchess of Cambridge welcomed a son just after 11am on Monday morning.

A statement read: “Her Royal Highness The Duchess of Cambridge was safely delivered of a son at 11.01 hrs.

The palace added: “The Duke of Cambridge was present for the birth. Her Royal Highness and her child are both doing well.

A name has yet to be announced. 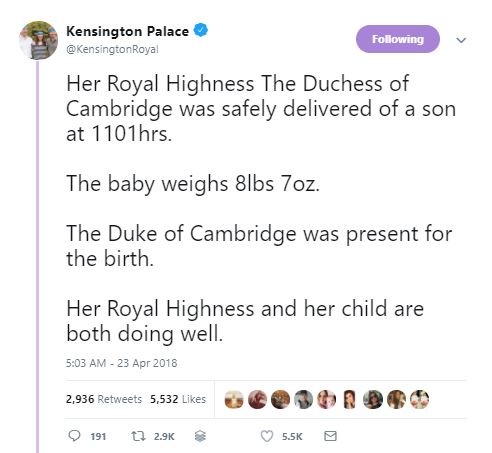 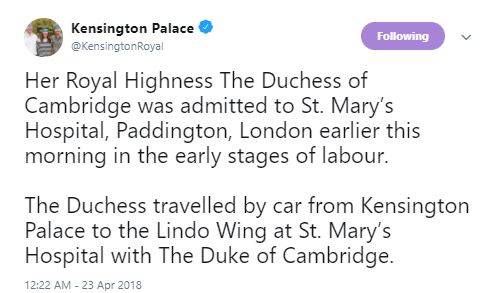