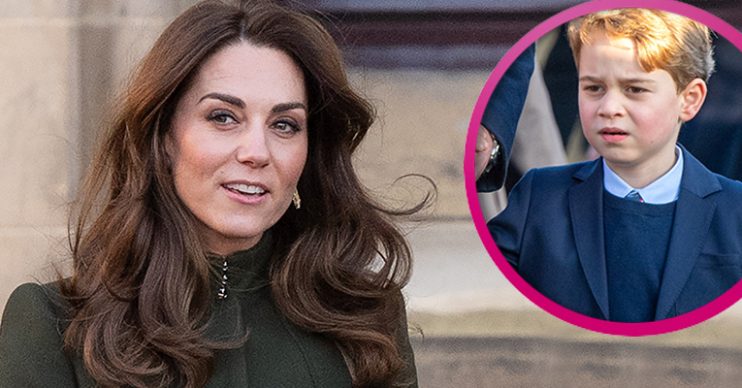 It can happen to the best of us, Kate!

The Duchess of Cambridge has shared new details of her life as a mum.

Speaking during their official visit to Bradford earlier this week, Kate revealed that she had suffered something of a mum fail with her eldest son.

It happened when her first-born was just a baby.

Speaking to a group of local women during her official royal engagement, Kate shared a story about her unsuccessful attempts to knit Prince George a jumper.

She said: “When I first had George, I thought I’d knit him a very special jumper.”

When I first had George, I thought I’d knit him a very special jumper. It looked terrible so I gave up.

However, the mum of three revealed things didn’t quite go to plan.

“I got halfway down this pattern, it looked so terrible I gave up,” she admitted.

Kate also revealed that her youngest son, Prince Louis, is growing up fast.

One onlooker revealed: “She said it was really nice to see him turning into a little boy from being a baby.”

They added: “She’s obviously very proud of her children.”

Baking queen Mary Berry recently revealed that Kate is just like any other “normal mum”.

She said that the duchess likes to bake her kids’ birthday cakes herself.