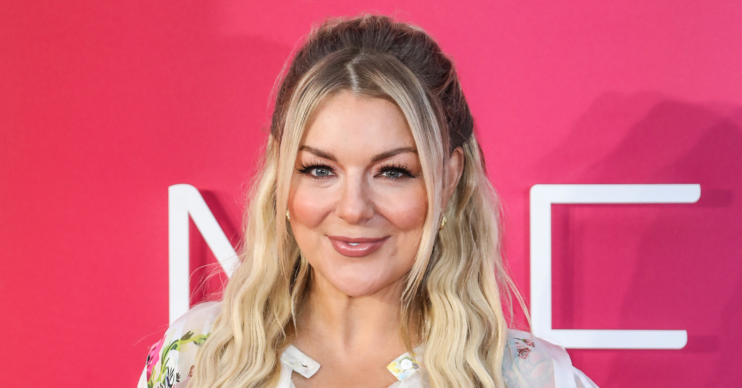 Sheridan Smith – who narrates The Cruise on Channel 5 tonight (June 19) – has spoken out about finding the true love she’s been looking for all her life.

And the identity of the man probably won’t come as a surprise as it’s her son, Billy.

Speaking You magazine back in 2020, shortly after Billy’s birth, Sheridan confessed that becoming a mother has given her a peace she’s never known before.

The Cruise star Sheridan Smith on finding love at last

The star of hit dramas, The Teacher and No Return, said: “I never knew I would be this person – a mum. Things used to seem so complicated, and now suddenly everything is so simple. I love Billy so much. I hold him and he’s looking at me and I know he loves me back and he needs me.”

Things used to seem so complicated, and now suddenly everything is so simple.

Sheridan, who is both a BAFTA and Olivier-award winning actor, has often found her professional life blighted by negative headlines.

But since giving birth to Billy in May, she says she has never felt more content.

Who is Billy’s dad?

She added to the publication: “I don’t think I’ve ever felt like this before. Regardless of anything going on in my career I’ve always felt insecure, worried about what people thought of me. And now I feel happy. That is a novelty.”

Sadly, the couple split three years after meeting and just a year after Billy was born.

Talking to the Daily Mail in July 2021, a source claimed the actor was ‘devastated’ by the split.

The insider claimed: “She had the public falling out with his mother and they got through all of that, but sadly it hasn’t worked out. She’s devastated. This has brought back all the feelings of missing her dad because he was her tower of strength.”

They added: “In her heart she’s hoping they can make it right, but it doesn’t look like there’s any way back. They have a baby together and it’s tough. She’s heartbroken.”

Who is Sheridan Smith dating now?

But while Sheridan’s love life might not be looking rosy, her career is going from strength to strength.

She won critical acclaim for her roles in The Teacher and No Return, along with Four Lives which also aired earlier this year.

She’ll be seen in Sky Original drama series Rosie Molloy Gives Up Everything, in which she portrays a woman addicted to, er, everything going. So she quits it all. But her problems run deeper than her addictions.

And as for love, she’s happier than she’s ever been, now she has Billy.

She added to You: “I’ve been looking for this all my life. I’ve looked in the wrong places – in nightclubs, going out drinking, pushing myself with work. Now in this little baby I’ve found…that I’m at peace with everything.”

Sheridan Smith narrates The Cruise on Sunday at 9pm