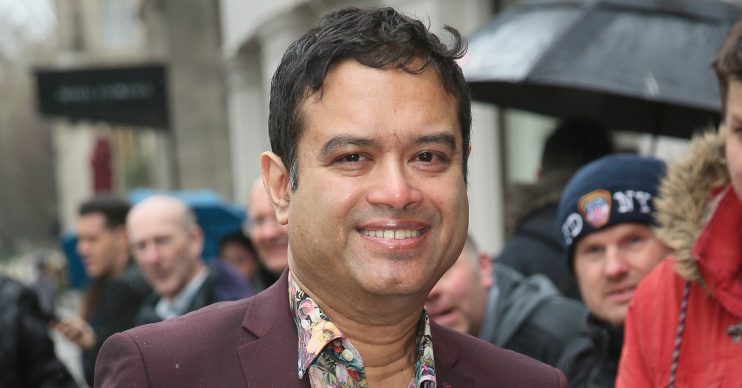 Had a great time

The Chase’s Paul Sinha revealed that he married his partner Olly over the weekend, and has called it the ‘greatest day of my life’.

Paul, 49, also detailed how his Parkinson’s disease affected the occasion in a poignant blog post.

On Saturday I was very very busy indeed. https://t.co/D2mpfSag1z

Paul described the day’s celebrations and revealed that because neither he or his partner is religious, the lyrics to the Pet Shop Boys’ Love Comes Quickly were used in a reading.

My clan were meeting his clan, and everything was wonderful in the world.

“Halfway through the song, I was thinking, ‘I am having the [expletive] time of my life,” he said. “My clan were meeting his clan, and everything was wonderful in the world.”

He continued: “We’d worked all year on this day, and the service was meant to be the easy bit.

“When I saw the guests turn up, I did that thing I do so frequently. I broke down in tears. Joyful, my bloody mates have turned up on time, tears.”

Paul went to describe how Parkinson’s disease affected his mood on the day.

“There are many aspects to Parkinson’s and a lot of them are non-motor,” he continued.

Read more: The Chase’s Paul Sinha on wetting himself in front of his boyfriend

Earlier this year, Paul described the moment he proposed to Olly.

The ITV quizzer confirmed the news on Twitter, telling his 97,500 fans: “I proposed today. He said yes.”

He then joked: “Thus starts yet another diet.”