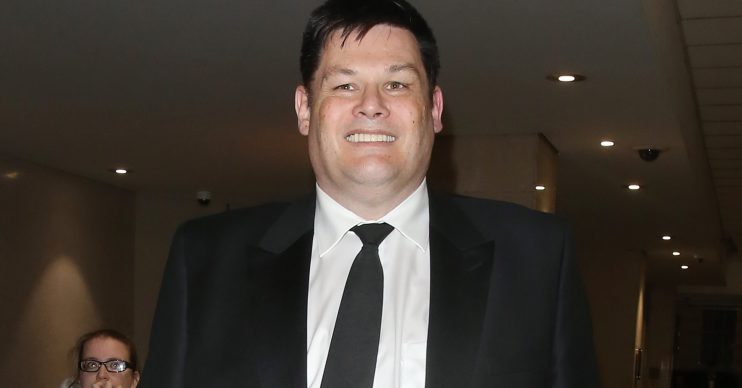 The Chase’s Mark Labbett has stunned fans by showing off his new slimmed-down look.

Mark, 54, has reportedly lost a whopping three stone, which might mean The Chase star has to change his nickname ‘The Beast’.

Only one pie for tea 🙁 pic.twitter.com/jaD4U6KdZ8

He posted an image onto Twitter, which showed the 6ft 5in quiz master holding a gigantic pie with ‘The Beast’ written on it.

Looking slim and trim, he flashed a huge grin.

He joked in the image: “Only one pie for tea,” followed by a sad-face emoji.

In more pictures shared to the pub Cleveland Bay‘s Facebook page, Mark looked slimmer than ever.

Fans were stunned, with one person commenting: “Lost some timber there mate?”

According to the Daily Mail, Mark has lost three stone in six months.

Mark previously explained reasoning behind his mission to lose weight, telling Loose Women: “It was the diabetes.

“I’m waiting for my next check-up and I’m hoping the figures are going to be better. I’m still eating very well – I’m just cutting out sugar because of the Type 2 diabetes.”

On Twitter, The Beast was responding to statistics shared by a fan when he explained that producers “routinely” edit out moments where both a contestant and a chaser give a wrong answer.

One of Mark’s followers on Twitter wrote: “Looking at the first head-to-head question in each show, there is a little variance.

He told them: “Bad data, I am afraid. We routinely cut ‘double wrong answers’ from the show for time purposes, so this distorts the stats.”