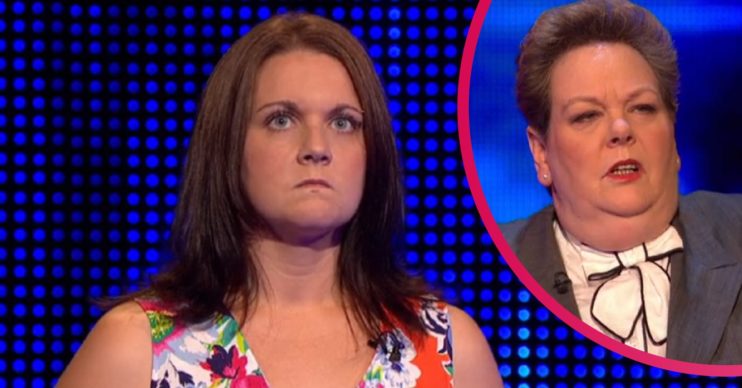 The Chase: Twitter users poke fun at contestant Olivia as they ask if she ‘walked on by accident’

Would she have done better on Tipping Point?

The Chase viewers on Twitter joked that one contestant in a repeat of the quiz show might be the worst ever.

On Monday (March 22) afternoon, ITV aired an old episode of the popular programme, which is hosted by Bradley Walsh.

It saw contestants Olivia, Albie, Tamrin and Neil face off against Anne Hegerty.

Olivia, a 32-year-old weight loss consultant from Stoke-on-Trent, was first up.

She struggled in her cashbuilder round, getting just one question correct and approaching the head-to-head with only £1,000 in the bank.

When she stepped up to face Anne Hegerty, the Governess put a high offer of £10k on the table and a low offer of £84.

Her teammates advised her just go for the middle offer.

Unfortunately, Olivia’s head-to-head went just as poorly. Her first question was: “In the 1960s, which singer led the Mannish Boys?”

She put Mark Bolan, but the answer was David Bowie. Anne knew the answer.

For the second question, Bradders asked: “They shall not pass, was a slogan adopted by the French army at which First World War battle?”

Olivia went with Verdun, a guess, and it was correct. Anne also got it right.

“What is the name of the father and son goalkeepers who have both won the Premier League?” Bradley asked in the third question.

Olivia chose the answer Shilton, but the right one was Schmeichel and Anne, who got it right, came one step further.

Lastly, Brad asked: “A gazetteer is a book with information on what?”

Olivia got it wrong, going for ‘products’, but it was actually ‘places’. Anne knew the answer because of her linguistics degree.

“Essentially it’s the index to an atlas,” Anne explained.

On Twitter, viewers poked fun at Olivia’s performance. Some joked she had walked into the studio by accident, while others suggested she should have gone on Tipping Point, which is considered to be easier.

One tweeted: “Did she walk onto this show by accident? #thechase.”

Another wrote in all capitals: “WORST CONTESTANT EVER #TheChase.”

“What a [bleep] up #TheChase,” said another.

“Should have gone on Tipping Point #TheChase,” quipped a fourth.

Should have gone on Tipping Point #TheChase

What did you think of Olivia’s performance? Leave us a comment on our Facebook page @EntertainmentDailyFix and let us know.