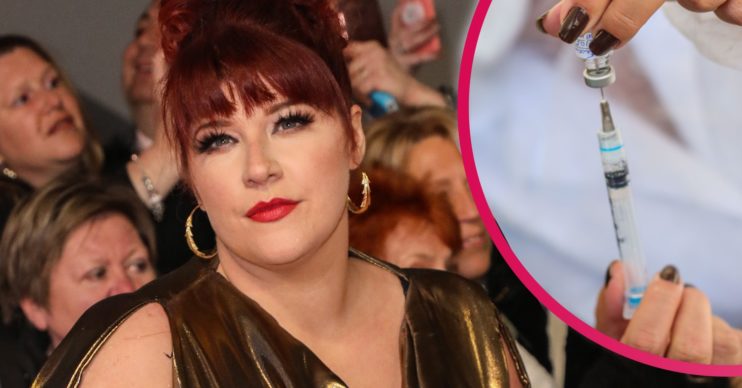 The Chase star Jenny Ryan has hit back at an internet troll who berated her for having a Covid-19 jab.

Jenny, 39, announced on Twitter yesterday that she’d been given her first dose of the AstraZeneca vaccine.

Her news was generally well received, but one follower took umbrage with the star’s decision to be immunised against the virus.

Brainbox Jenny was having none of it, though, and has issued a stinging response to the tweet.

When did The Chase star Jenny Ryan receive the Covid vaccine?

Jenny seemed chuffed with herself as she revealed on Saturday afternoon that she’d been inoculated against the coronavirus.

The star shared a picture on Twitter that showed her vaccination receipt.

She captioned the shot: “AstraZeneca? Completed it, mate. #vaccinated.”

Dozens of Jenny’s followers tweeted their congratulations, but one seemed rather put-out by the TV star’s decision.

They wrote: “I thought you would be more sensible, but your body, your choice.

“Congratulations on having the experimental vax that won’t protect you or others anyway for a virus that has a 99.8% survival rate.

How did Jenny respond to the internet troll?

“I never even got the normal yearly flu vax but still alive. Guess my immune system works.”

It wasn’t long before Jenny issued a response, though, and she clearly wasn’t happy.

She snapped: “I thought you would be more sensible, but your body, your choice.

“‘Congratulations’ on not having the rigorously tested vax that will protect me and others against a virus that has killed over 3million worldwide (including friends of mine) & has long-term debilitating effects.”

Since Margaret Keenan, 90, became the first person to be vaccinated against Covid-19 back in December, more than 55 million doses have been administered in this country.

Nearly a third of the population have received both doses of the jab.

However, a poll carried out in January revealed that one in six people in the UK did not intend to have the vaccine.

Gone For Good on Netflix: New crime drama from creator of Safe and The Stranger