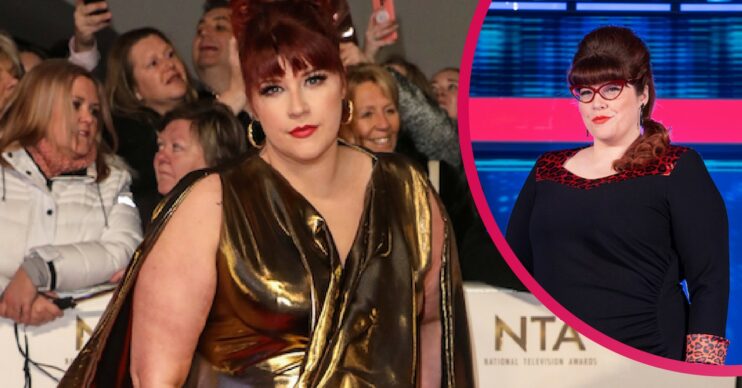 Jenny Ryan has taken to Twitter to reveal she was “fat-shamed” by a GP.

The star is known to fans of The Chase and Beat the Chasers as ‘The Vixen’.

If that isn’t bad enough, the apparent shaming came via a telephone appointment.

Isn’t modern life great? Your GP can now fat-shame you over the phone, so you don’t have to waste time travelling and sitting in a waiting room before being made to feel awful about your own existence!

The 39-year-old star has shared the horror with her Twitter followers and says the moment left her feeling “awful”.

She wrote: “Isn’t modern life great? Your GP can now fat-shame you over the phone, so you don’t have to waste time travelling and sitting in a waiting room before being made to feel awful about your own existence!”

Who is Jenny Ryan from The Chase?

Jenny appeared to add that the doctor asked her about her current weight before saying: “Do you know your current weight?… Oh… That’s *significantly* lower than last time, well done. Not good enough though, is it?”

Fans of Jenny’s ITV shows jumped to her defence.

Another wrote: “Absolutely shameful that anyone thinks this is an acceptable way to speak to anyone.”

A third insists Jenny should ignore the comment, writing: “Ignore Jenny you are beautiful and people who respect you like me don’t care what you weigh.”

“I feel your pain,” says another. “Every problem I have is because of my weight.”

Jenny’s shocking post comes after she laughed off rumours of a “bitter feud” between the six chasers.

She shared a snap of the hanging out in the ITV Green Room between takes.

What else did Jenny say?

The photo was cheekily captioned by Jenny, reading: “We’re having another ‘bitter feud’ backstage. As you can see the six of us can hardly bear to be in the same room.”

We’re having another “bitter feud” backstage (© the tabloids)
As you can see the six of us can hardly bear to be in the same room. #TheChase pic.twitter.com/bPXbM2BS4M

Jenny posted the shot after months of rumours in the tabloids about in-fighting between the Chasers.

And her followers on the social media site were quick to join in with the fun.

One said: “I can see it all kicking off.”

Another added: “Blimey! It’s all kicking off there, isn’t it, Jenny?”

She previously had to defend herself after jokingly “punching” co-star, Paul Sinha.

Puts a whole new spin on the name Beat the Chasers.