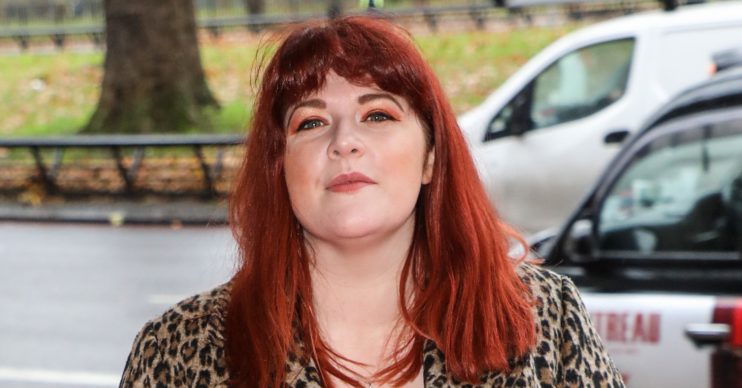 Anne thought her response was hilarious

Jenny Ryan has clapped back at a follower on social media after they asked a bizarre question about her and fellow star of The Chase, Anne Hegerty.

The Vixen, 38, was forced to tell a Twitter user to “go away” when they cheekily asked if she would beat The Governess in a “tickle fight”.

They asked Jenny: “@jenlion random question of the day. Who would win in a tickle fight between you and @anne_hegerty?”

The Governess herself – who, aside from The Chase, is currently on TV as the host of ITV game show Britain’s Brightest Celebrity Family – appeared in the replies and seemed in hysterics at Jenny’s curt response.

And one fan tweeted: “Dunno but I’d pay to see it!”

Someone else wrote: “I think @MarkLabbett would have to be referee and Shawn [Wallace] and the Sinner Man [Paul Sinha] should present.”

I think @MarkLabbett would have to be referee and Shawn and the Sinna Man (not sure how you spell his name?) should present.

Jenny, the youngest of the five chasers, featured in Thursday’s episode of the popular quiz show.

That installment, a repeat of an old episode, got viewers moaning on Twitter as some complained The Vixen got easy questions in the final chase.

Among them was, ‘What’s 4×11’. She was also asked which whale the substance ‘spermaceti wax’ comes from.

During an episode earlier this week, Mark Labbett caused a stir when he slammed a contestant for an ‘insulting’ comment about Jenny.

“I think her knowledge isn’t quite as good,” she said.

Read more: The Chase’s Shaun Wallace recalls police mistaking him for a criminal at court

When Mark marched onto the set, he seemed peeved and told Lucy: “Do you want to know how good The Vixen is? She’s way better than you! And I’m going to whup you for that comment!”

True to his word, he caught Lucy before she could take her winnings back to her team. Afterwards, he observed to Brad: “You insult one of us, you insult us all.”