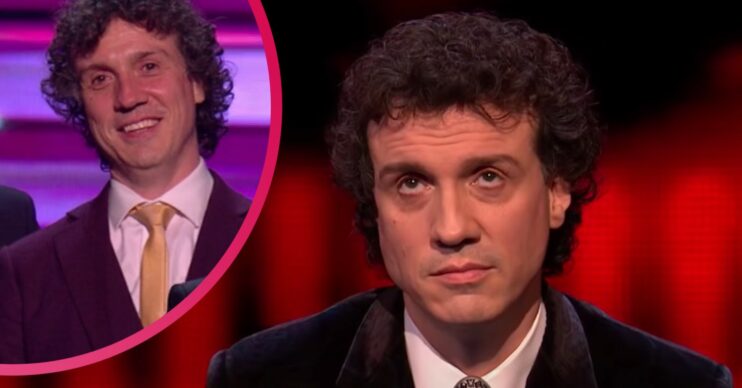 The Chase star Darragh Ennis addresses his appearance at NTAs

He joked: 'Winning awards is easy'

It was all eyes on Jenny Ryan at the NTAs thanks to her stunning outfit – but her The Chase co-star Darragh Ennis also attracted attention with his own look.

Fans of the ITV game show were delighted The Chase crew scooped a gong for their primetime spin-off series, Beat the Chasers.

But some dedicated viewers couldn’t help but tease The Menace over a certain aspect of his appearance.

And that’s because they reckoned Darragh’s red carpet styling looked a little different from how he comes across on the quiz show.

Darragh, 40, came in for some light joshing from a social media user as he celebrated his team’s win.

Sharing a blurry snap on Twitter showing him holding the NTA statuette, he joked: “Winning awards is easy.”

However, one cheeky follower responded by suggesting it might also be easier than pulling a comb through his curls.

They quipped: “Darragh you lovely award winner… who didn’t do your hair?”

Revealing his hair secrets, Darragh admitted he hadn’t received a stylist’s touch ahead of attending.

He replied: “I don’t do my hair when it’s just me.

I don’t do my hair when it’s just me.

“I dry it with a towel and that’s about it.”

And another person also intervened, suggesting Darragh might choose a different ‘minimum fuss’ option to keep his mane in order in future.

They contributed: “Towel dry… that’s a big no no Darragh, not on those wonderful curls.

“Try a cotton T shirt instead.”

Despite being proud of his somewhat unruly haircut, Darragh later admitted he couldn’t compete with Jenny’s awards look.

He joked: “I thought I scrubbed up well. But then Jenny came along on another level.

“Thanks for all the votes for Beat The Chasers for the #NTAs everyone.”