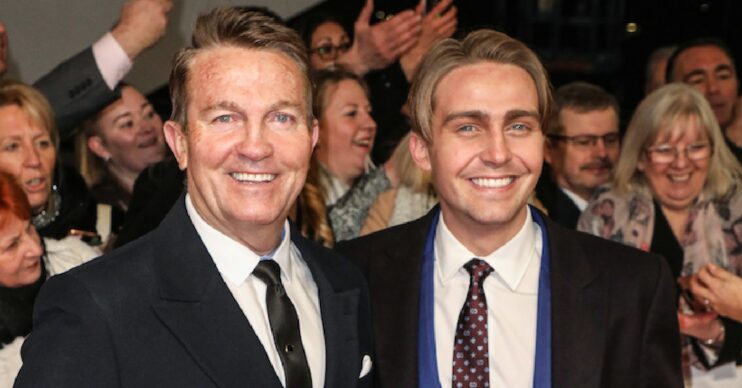 Star of ITV’s The Chase, Bradley Walsh, has revealed that he’s become a grandfather for the first time.

Thrilled Bradley says he plans to be a brilliant granddad to the tot.

Read more: Holly Willoughby says her ‘face is sagging’ and her ‘boobs have hit her knees’

The star, who also presents Blankety Blank, revealed his exciting new in an interview with Saga magazine.

He told the publication: “I am a grandfather! My daughter and her husband Tom have had a baby boy who is coming up for five months old.”

Bradley, 61, went on to say that it’s been tricky seeing the new addition due to lockdown and ongoing Covid regulations.

And he praised FaceTime, saying it’s kept families in touch with each other.

When was Bradley Walsh’s grandson born?

He also revealed his top tip for being a brilliant grandfather.

He said: “When the baby grows into a toddler, make sure you spend plenty of time with them, feeding them ice cream and Coca-Cola, and then give them back at just the right time and say to your children, ‘There you are, that’s what you were like.'”

We’re sure Hayley will be delighted with that.

Hayley, who is a reflexologist, revealed she was pregnant earlier this year via Instagram.

She posted a photo of a sign saying she was now on maternity leave at the start of February.

But it looks like she’s already back at work after sharing a post which showed her back in her clinic in Hertfordshire.

Recently Bradley, who is one of Britain’s best loved TV stars, revealed the one regret he has from his youth.

The star has one regret

He admitted that he wishes he’d never kicked a ball in his life after injuring himself as a teen.

Before finding fame as an actor and entertainer, he was set to be a professional footballer.

He said to The Sun in July: “Today, and I’ve said this to many of my friends, I wish I’d never kicked a ball in my life. Nowadays at 61 I’m suffering with my knees and ankles.”

The star of ITV’s The Larkins still takes part in celebrity charity football event Soccer Aid every year, and says the rest of his health is good.

Bradley added that his wife has an interesting take on physical health.

He added: “She says, ‘You never see a couch potato in the osteopaths’. True, but I love being part of Soccer Aid every year and being with the lads.”