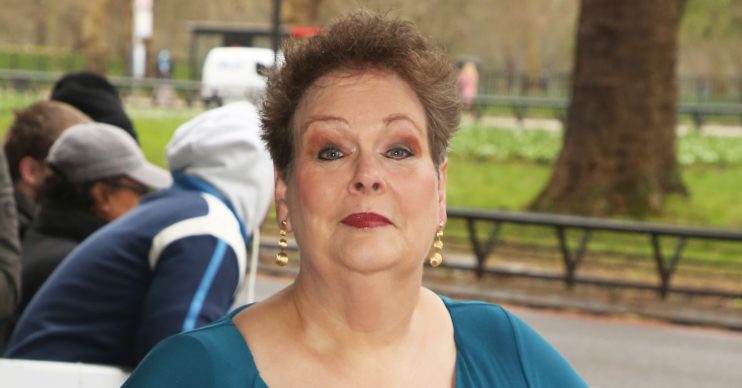 The Chase star Anne Hegerty reveals she is on a ‘sabbatical’

A fan asked if she was on furlough

Quizzer Anne Hegerty has told fans of The Chase she is taking a ‘sabbatical’.

The telly favourite, one of five chasers on the popular ITV quiz show, revealed on Twitter she is treating herself to a break.

What did Anne say?

Read more: Anne Hegerty reveals she was bullied at school and ‘had no friends’

Last month, the Governess uploaded a selfie that showed her wearing a face mask to protect against coronavirus. She wrote in the caption: “I have masks!”

And yesterday, one of Anne’s followers commented on the snap: “Knew you would be wearing one Anne, lol.”

The quizzer admitted that fans spot her even when she covers her face.

“I got recognised in Tesco yesterday even with mask on!” she said.

Just having a bit of a sabbatical.

The social media user then asked Anne if she was on furlough amid the coronavirus lockdown.

She replied: “Me? Not furloughed, just having a bit of a sabbatical.”

Me? Not furloughed, just having a bit of a sabbatical.

Anne is one of the stars of The Chase, which is currently only airing repeat episodes every weekday at 5pm on ITV.

But luckily for fans, she’s also on screens at the moment for brand new episodes of quiz show Britain’s Brightest Celebrity Family.

The programme, also on ITV, pits famous faces and their families against one another in a competition to win £25k for their chosen charities.

When the series got underway at the end of May, viewers were stunned as Anne showed off a completely new hair style.

The Governess sported a longer hairdo and viewers at home loved it. Many taking to social media to tell Anne she looked “fantastic” and “beautiful”.

It’s not her only new show of 2020. Anne joined her fellow quizzers in April for the first ever series of Beat The Chasers, a spin-off of The Chase that flipped the usual format on its head by pitting one brave member of the public against all five chasers.

The show is believed to be returning for a second outing. Anne revealed in a conversation with RadioTimes.com: “We’re definitely looking to do more as soon as we can… we thought it would go down well but the ratings were just tremendous.”