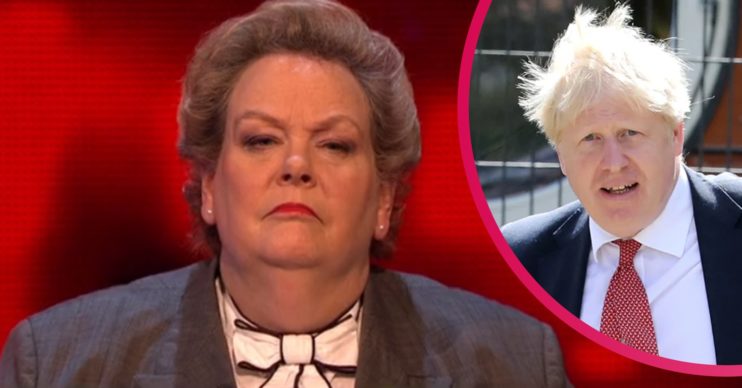 The Governess hit out at the Government

Anne from The Chase has hit out at Prime Minister Boris Johnson amid reports London is moving into Tier 3.

This week, the Twitter account for Pantoland at the Palladium shared a statement from its producer and director that branded the Government’s yo-yoing approach on COVID advice “appalling”.

The statement confirmed that Pantoland at the Palladium was having to close because of the move into Tier 3.

What did The Chase star Anne say?

On Twitter, The Governess shared the statement and demanded Boris “stop being a yoyo”.

The Pantoland message read: “We are deeply concerned about the economic impact of today’s decision for business in the West End and believe that we have done everything possible to ensure a COVID-secure environment…

“The Government’s yo-yoing approach on advice is frankly appalling.

“It is not possible for any business to function in an environment where our leaders seem to have simply no idea how our country will look from one week to the next.”

Stop being a yo-yo, Bojo.

Re-posting the tweet for her own followers, chaser Anne wrote: “Stop being a yo-yo, Bojo.”

Stop being a yoyo, BoJo. https://t.co/8w6OtdHxmH

Anne is one of six chasers on the ITV quiz show.

She has been on the programme since 2010, when she joined the line-up for series two.

Last week, a fan site for The Chase claimed that with her latest victory on the programme, Anne had achieved an incredible milestone.

The account for One Question Shootout tweeted: “Anne is the first chaser to win 300 episodes on the show. #TheChase.”

However, Anne’s colleague and pal Mark Labbett was quick to have his say on the matter – and point out that he had already achieved that milestone.

Mark, who is also on the Australian and US versions of the show, tweeted back: “I achieved that worldwide a while back.”