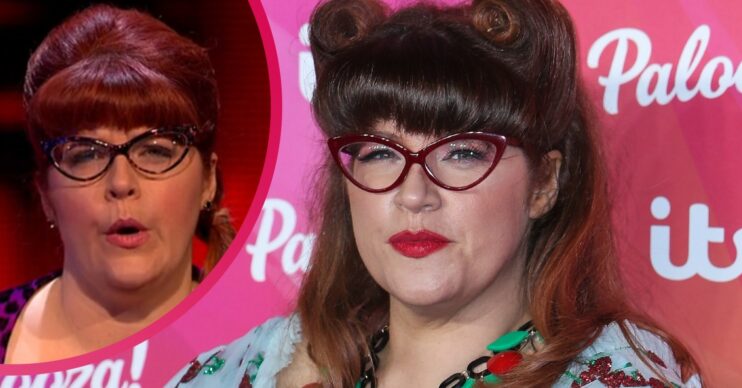 The Chase quizzer Jenny Ryan has revealed a rare insight into her love life on social media.

The television star – better known to fans of the ITV quiz show as The Vixen – took to Instagram to share a snap of herself backstage yesterday (February 11).

The behind-the-scenes shot showed Jenny, 39, in her dressing room as a male makeup artist touched up her face.

Jenny posted the snap in view of her 60.9k followers.

The star appeared to prepping for the ITV quiz show, which is filmed at Elstree Studios in London.

Alongside the shot, she penned: “It’s been a while since I was last touched by a man this way.

Fans rushed to comment on the photo, with one declaring it as “naughty”.

Another added: “That should change.”

Read more: The Chase: Anne Hegerty ‘shut down’ by producer over outfit choice

In addition, a third wrote: “I’m surprised at that because you’re beautiful.”

Jenny fires back at a troll

Meanwhile, last month, Jenny took to social media to defend herself against a troll.

The troll was replying to a tweet Jenny sent, which plugged The Chase’s celeb specials.

At the time, she wrote: “An extra treat tonight and tomorrow for fans of The Chase… we have two brand new specials of Beat the Chasers featuring some famous faces as well as all six of us Chasers!

“Tune in at 9pm on @itv to catch the thrills and suspense… #TheChase #BeatTheChasers.”

The troll attempted to insult her, writing: “You are our least favourite (apart from @ Darragh Ennis). You just come across as a complete smarta**e.”

Following the attack, Jenny’s co-stars also rushed to her defence.

Paul Sinha fired back: “Imagine being you. Imagine thinking this is a way to conduct yourself.”

In addition, Anne Hegerty also said: “Slightly affronted that you think I’m NOT a complete smarta**e.”