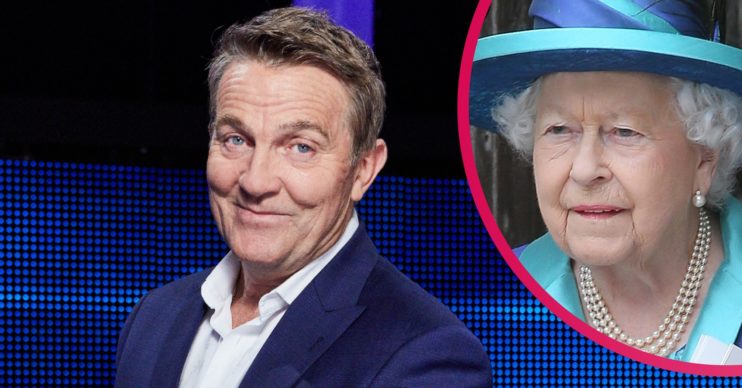 Wise words from his idol

The Chase host Bradley Walsh once revealed a warning he received about the Queen early on in his TV career.

While many fans know him today as the host of ITV’s most popular quiz show, Bradley has had an eclectic career to date – encompassing everything from reality TV and documentaries to presenting, acting, singing and comedy.

During a chat back in 2016, Bradders revealed how one of his idols, the late Des O’Connor, had given him what he considered to be the best bit of advice he had ever received.

It was ahead of the 1993 Royal Variety Performance and Brad was due to do a comedy set, in what was to be his big break.

The day before, the nerves were starting to get to him. But a phone call from Des put him at ease.

Part of Des’ advice included wise words on exactly what to do regarding the Queen, who would be watching Bradley’s performance.

In a chat with HuffPost, Bradley explained: “I was working on the 1993 Royal Variety Performance. [They recorded it] on the Monday, and on the Sunday, I got a phone call – I was only a kid, 33, I think I was, and it was my first big break – from Des O’Connor.

I didn’t even acknowledge the Queen until the end, I had to bow and then get off.

“And I took that on board – I didn’t even acknowledge the Queen until the end, I had to bow and then get off.”

And he thinks Des’ phone call alone “got rid of any worries or any nerves” he had.

Since then, he’s acted in Coronation Street, landed his very own road trip series, Breaking Dad, with his son Barney, and hosted hundreds of episodes of The Chase.

Are you a fan of The Chase host Bradley Walsh? Leave us a comment on our Facebook page @EntertainmentDailyFix and let us know.