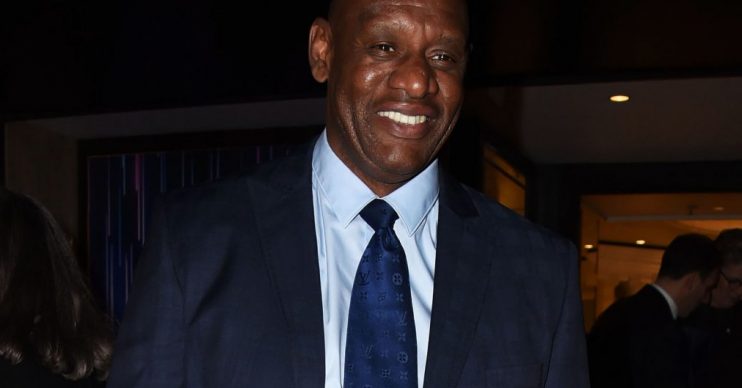 Fans of The Chase expressed their concern for quizzer Shaun Wallace as they watched tonight’s episode, with some left wondering if he has been sacked and others asking if he’s unwell.

Read more: The Chase viewers back The Governess as contestant ‘tries to stare down’ Anne Hegerty

The Governess performed with her usual cold efficiency and caught the second contestant, Odera.

The other three made it to the final chase with £9000 in the pot, but they answered just 16 questions correctly and Anne beat them with 35 seconds remaining.

Monday’s episode featured Paul Sinha, while Friday’s had The Beast Mark Labbett in the chaser’s seat.

Taking to Twitter over the last two nights, viewers expressed their concern for The Dark Destroyer, who they pointed out hasn’t been on the programme in some time.

One said: “Haven’t seen Shaun in ages. Has he been sacked? #TheChase.”

Has he been sacked?

Another tweeted: “I wonder where Shaun is. I hope he’s OK #TheChase.”

A third wrote: “Not seen Shaun (The Dark Destroyer) for ages! Has he left? #TheChase.”

Someone else said: “#TheChase Come on… surely it’s time for a Shaun episode? He hasn’t been on in over two weeks.”

A fifth tweeted: “It definitely looks as though Shaun is in hiding! #thechase.”

“Is Shaun in hibernation? #TheChase,” wrote another.

Haven't seen Shaun in ages. Has he been sacked ? #TheChase

Not seen Shaun (the dark destroyer) for ages! Has he left??? 🙁#TheChase

#TheChase Come on… surely it's time for a Shaun episode? He hasn't been on in over two weeks.

It definitely looks as though Shaun is in hiding ! #thechase

Is Shaun in hibernation? #TheChase

Elsewhere in The Chase this week, fans were gutted when a hopeful who looked set to be one of the best contestants ever was annihilated by The Sinnerman.

When she stepped up to take her turn at the cash-builder round, train driver Roberta put on a truly impressive display by answering 10 questions right.

But she was no match for Paul Sinha, who easily caught her and crushed any chance of her taking home a share of the prize money.