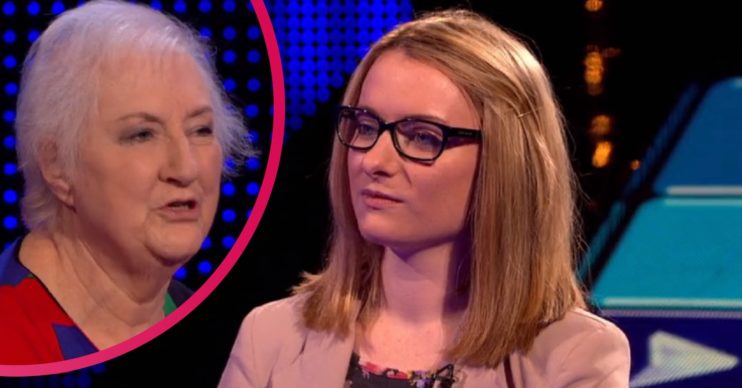 Dot didn't look happy at all

The Chase contestant Emma made a fellow player “livid” after she went against her advice, according to viewers.

What happened with Emma on The Chase?

She turned to the team for advice and Dot told her not to go for the low offer.

Read more: The Chase: When will new episodes air as ITV shows repeats?

The other players echoed that thinking.

However, Emma ignored Dot’s advice and went low anyway. “I’m a strategic thinker, and I can see what you’re doing,” she told The Beast. “I’m going to take the -£3,000.”

The camera cut to Emma’s teammates and Dot sat looking at the other players with her mouth open.

It worked for Emma, as she got through. When it was Dot’s turn to play, she told Bradley she would “never take a minus offer”.

However, it didn’t work out for her as Mark caught her, leaving a team of three playing for £10k in the final chase.

What did ITV viewers say about the episode?

On Twitter, viewers said Dot looked fuming when Emma took the minus.

A second wrote: “I’d be livid if I was on The Chase and the person got £5k but decided to take -£3k #TheChase.”

“Dot’s waiting for Emma outside,” a fifth joked.

Someone else quipped: “#thechase Dot’s gonna knock her out.”

Dot’s waiting for Emma outside … #thechase

#thechase Dot's gonna knock her out .

Others pointed out that Emma appeared to cringe over Dot’s comment about never taking a minus – and called Emma a “coward” for what she did.

“Oooh… a little dig at Emma there by a dot!” said one viewer said on Twitter.

Oooh… a little dig at Emma there by a dot! #TheChase

In the end, the team of three set up 16 steps for Mark to beat.

He caught them with three seconds remaining on the clock.