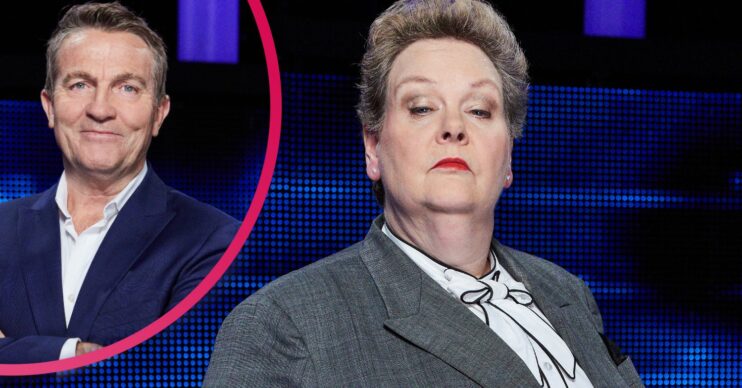 The Chase star Anne Hegerty has addressed the rumours that the hit quiz show’s host, Bradley Walsh, could retire.

And now she has shared her opinion on the show’s host’s future.

What did Anne Hergerty say about The Chase and Bradley Walsh retiring?

Speaking on the My Time Capsule podcast, Anne addressed comments made by Bradley about his future plans earlier in the summer.

“It works so well, a) because it’s just such a good format, and b) because of Bradley,” Anne told host Michael Fenton Stevens.

Read more: Bradley Walsh overtaken by Jack Whitehall as Britain’s highest-paid star – but how much did he earn?

“I mean, I can’t imagine who else could do it.

“I know he managed to start a hare a few days ago by talking about maybe retiring in a couple of years.”

It was then Anne gave her opinion about what Bradley really meant by his comments.

“I mean, I think this was Brad just talking off the cuff [and I] don’t think he has any plans to retire.

“I think he just meant, you know, obviously I can’t go on forever but who knows when I might be able to go on until.”

Why is Brad retiring?

Anne Hegerty from The Chase talked about the speculation because Bradley appeared on the Sliding Doors podcast in July (2021) and revealed he had plans to retire.

“You know what, in a couple of years time I won’t have to do any of it, I’ll be retired and that’ll be it,” he said.

“It seems like I’m on your screen all the time only because I cram everything in a certain area of the year.

“I don’t actually have time off, I have meetings, I have personal appearances I have to make and stuff like that with other things I’ve got going on, so it’s quite tricky to juggle it about.”