And to celebrate becoming husband and wife, they were joined by a string of famous faces in the evening reception.

According to the Mail Online, Robbie Williams even gave an impromptu performance the reception! 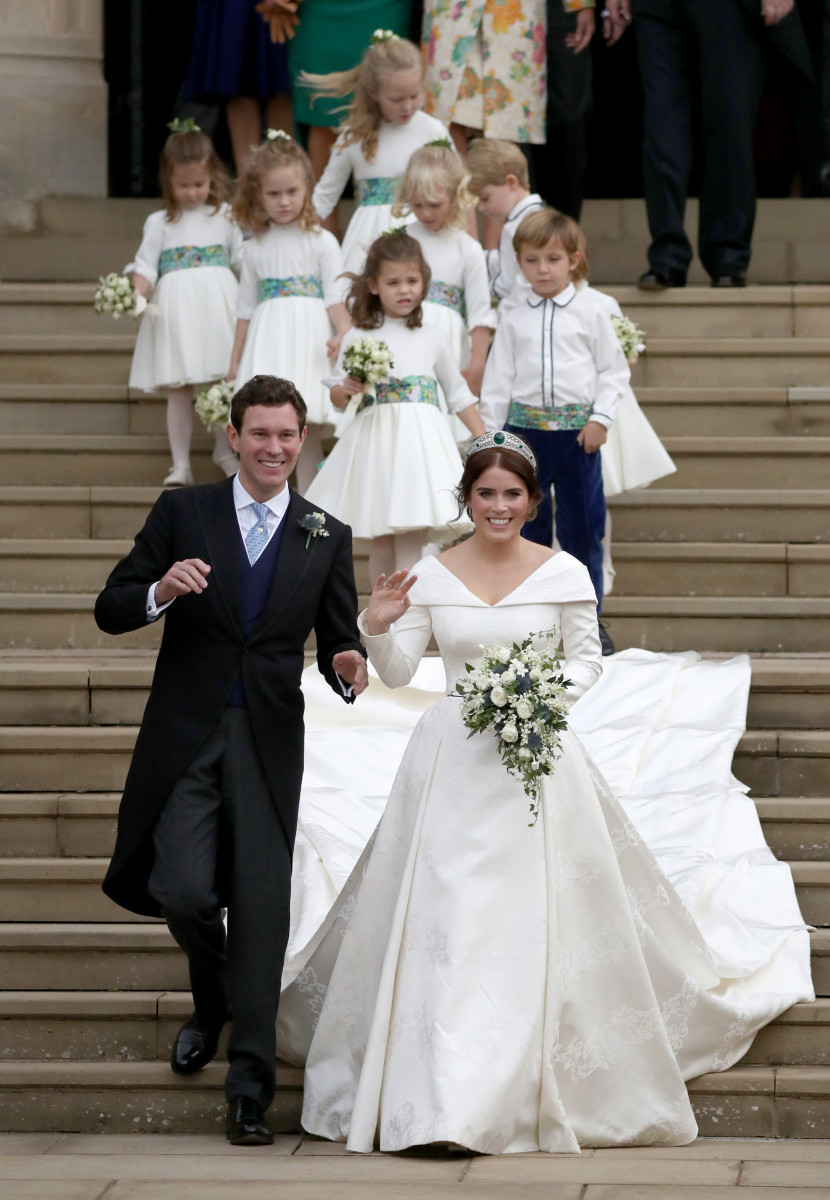 The 44-year-old singer and his wife Ayda Field, 39, were among the guests at the star-studded bash hosted by Eugenie's parents Prince Andrew and Sarah Ferguson in the grounds of the Royal Lodge at Windsor and Robbie delighted the crowd by jumping on stage to belt out his hits, according to the publication.

The outlet also claims guests downed Casamigos margaritas and tucked into snacks from a gourmet pizza truck at the end of the bash!

@robbiewilliams Celebrating The Bride & Groom on an evening of love and a lifetime of happiness....To Eugenie and Jack 💕 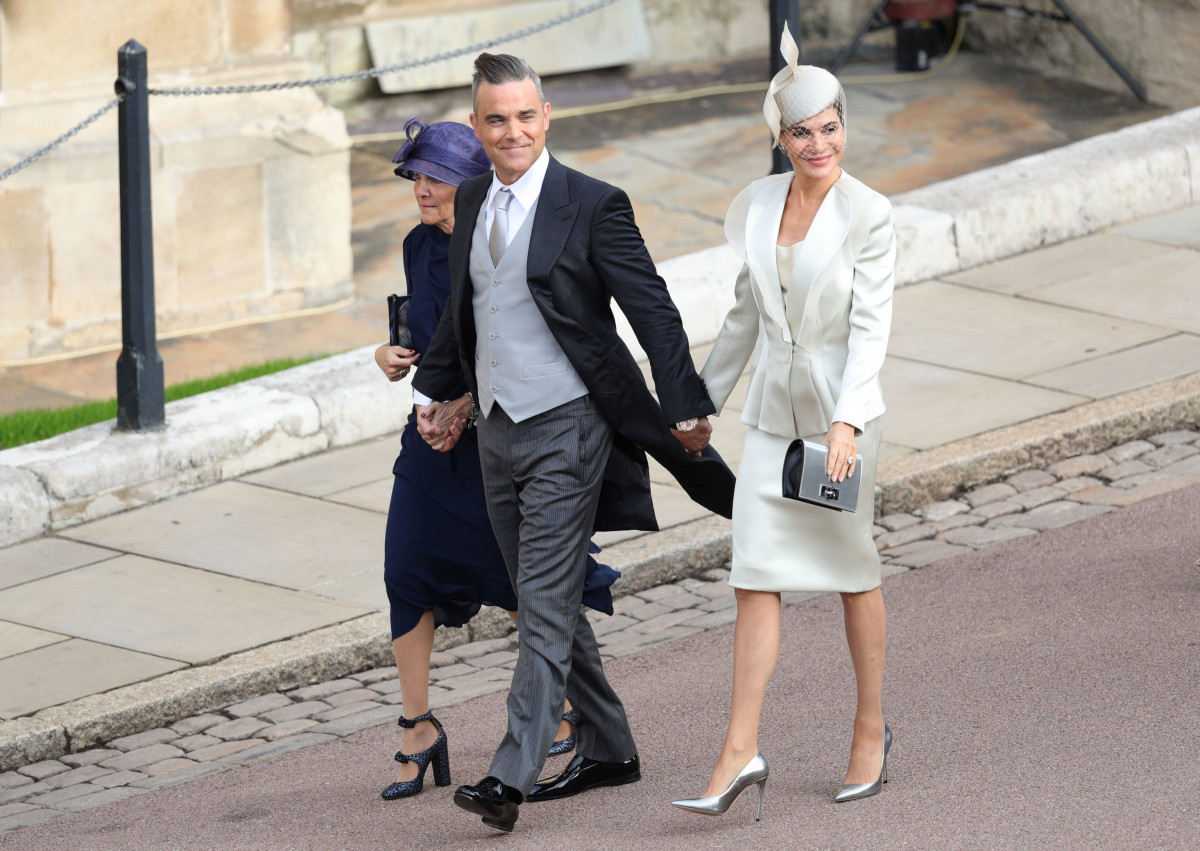 Model Kate Moss arrived with her daughter Lila Grace Moss Hack, whilst fellow models including Naomi Campbell, Cara and Poppy Delevingne, and Pixie Geldof were also in attendance at the event.

Musicians Ricky Martin, James Blunt and Ellie Goulding were spotted among the guests, as were comedians Jimmy Carr and Stephen Fry, as well as Stephen's husband Elliott Spencer.

And some of the celebrity guests took to social media to share a few snaps from the big day.

Hollywood royalty Liv Tyler took to Instagram to share an insider snap of huge A-list proportions - and in true big night out style, it came from inside the loos!

Writing alongside the black and white pic of Kate, Lila, Naomi and Demi Moore, Liv said: "I couldn't resist stealing this sweet moment of these beauties in the powder room," before adding the hashtag royalwedding. 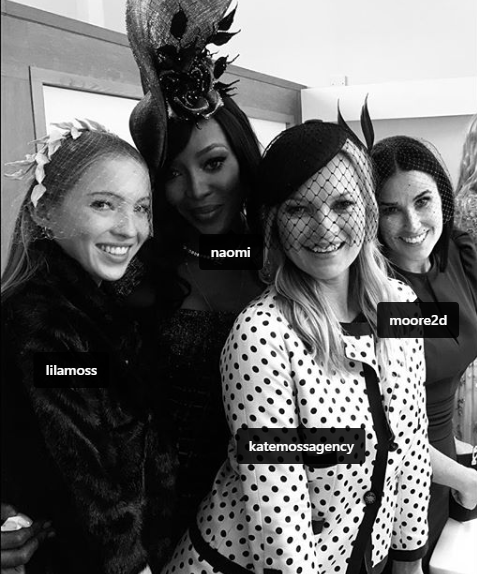 Fergie's hair and make up guru Patrik Lernberger also took to Instagram to share a pic of the Duchess of York in her second outfit of the day - a stunning green fitted gown, and although the location was the Royal Lodge, it would seem the trio posed away from the official proceedings.

Patrik wrote a gushing tribute to the Duchess alongside a sweet pic of himself and a second man:

"What a fantastic woman she is, the Duchess of York! It's always a pleasure helping her with hair & make up as we do this wedding weekend at the Royal Lodgie Windsor. When clients become friends it is a match!" 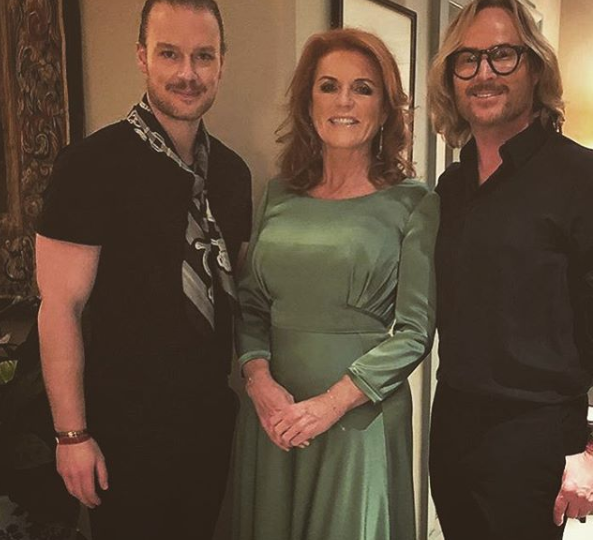 Fergie dazzles in green with her hair and make up artists (Credit: patriklernberger/Instagram)

Meanwhile, Prince Harry's ex-flame Chelsy Davy also decided to chronicle her big day out online, uploading a cute image of her and a pal showing off their wedding headgear - and what's more she seemed to have the event rolling on the TV screen behind her, too! 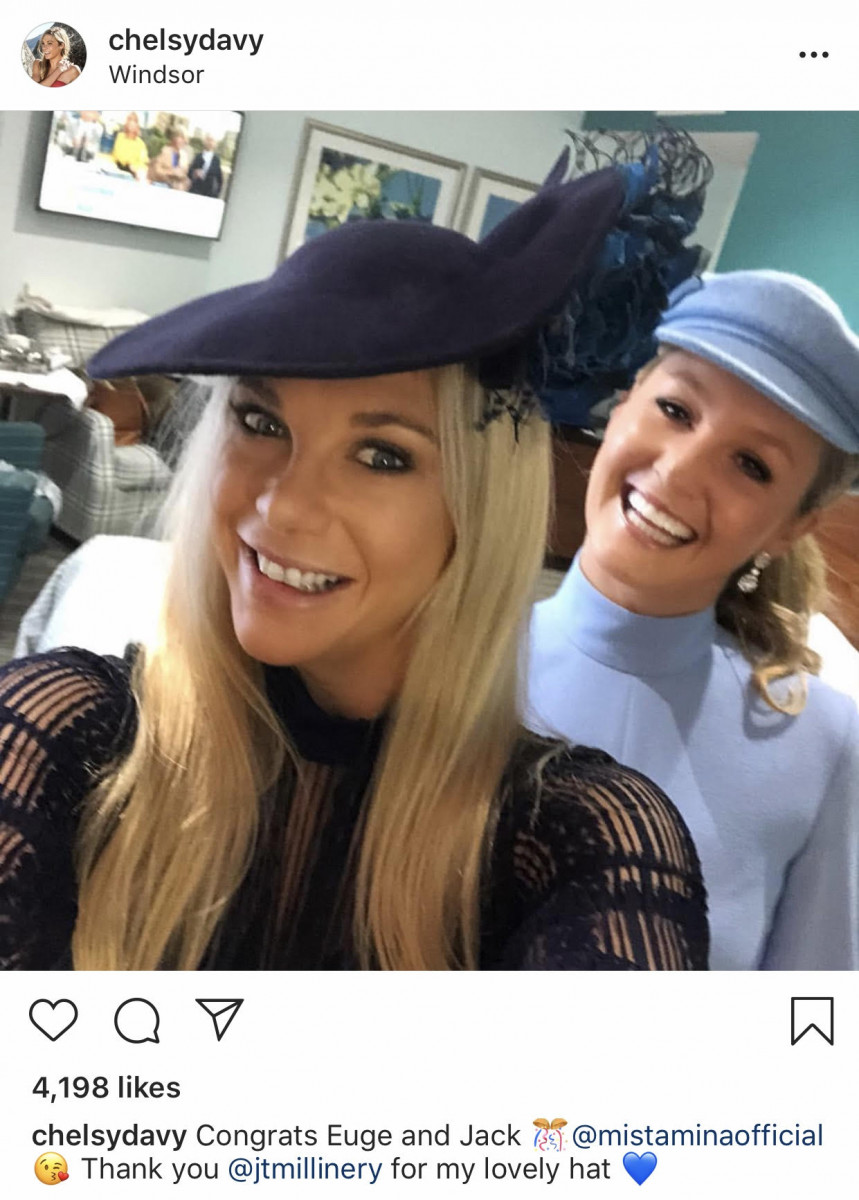 Hats off to them! (Credit: ChelsyDavy/Instagram)

Meanwhile Demi Moore made her Instagram debut with a video showcasing her amazing Stella McCartney frock, and paying tribute to her three 'amazing' daughters who she wrote had been desperate for her to get on to Insta! She hash-tagged the sweet footage #royallove. Aw! 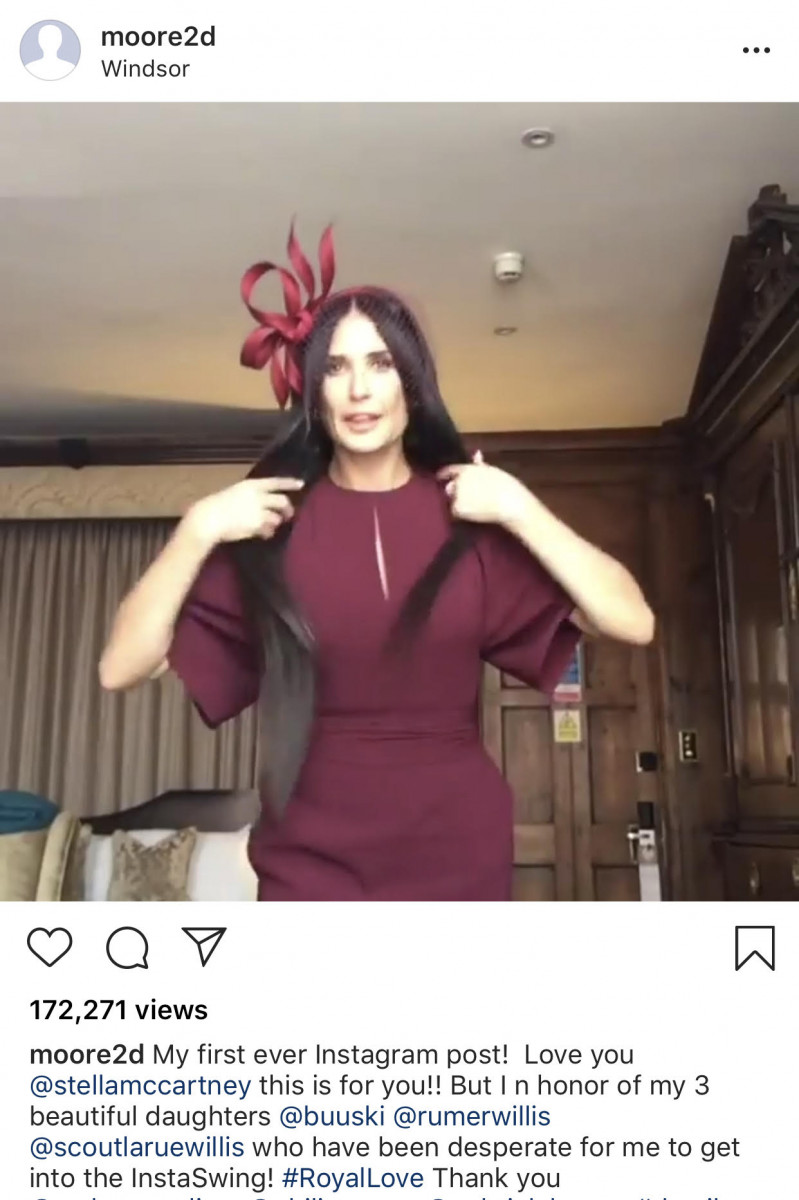 But the insider shot of the day had to go to Cara, who shared a post-nuptials pic of herself, her sisters Poppy and Chloe and a gaggle of pals kicking back with exhaustion after the ceremony.

Simply captioned "Post wedding", Cara credited the pic to Liv Tyler, and it was immediately liked by a hoard of their showbiz pals including Emma Willis and Daisy Lowe. 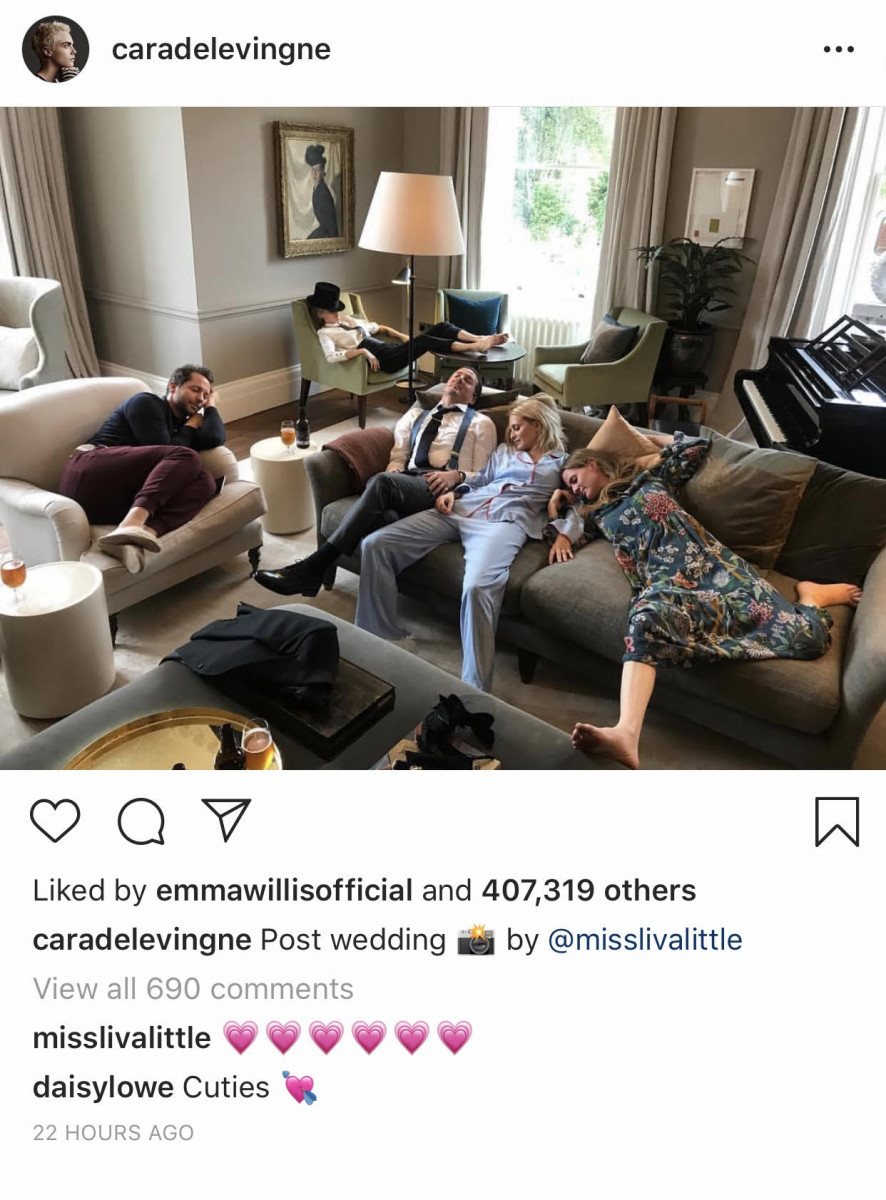 Really does seem like a good time was had by all, doesn't it?

What was your favourite image from Eugenie and Jack's big day? Let us know on  our Facebook page @EntertainmentDailyFix 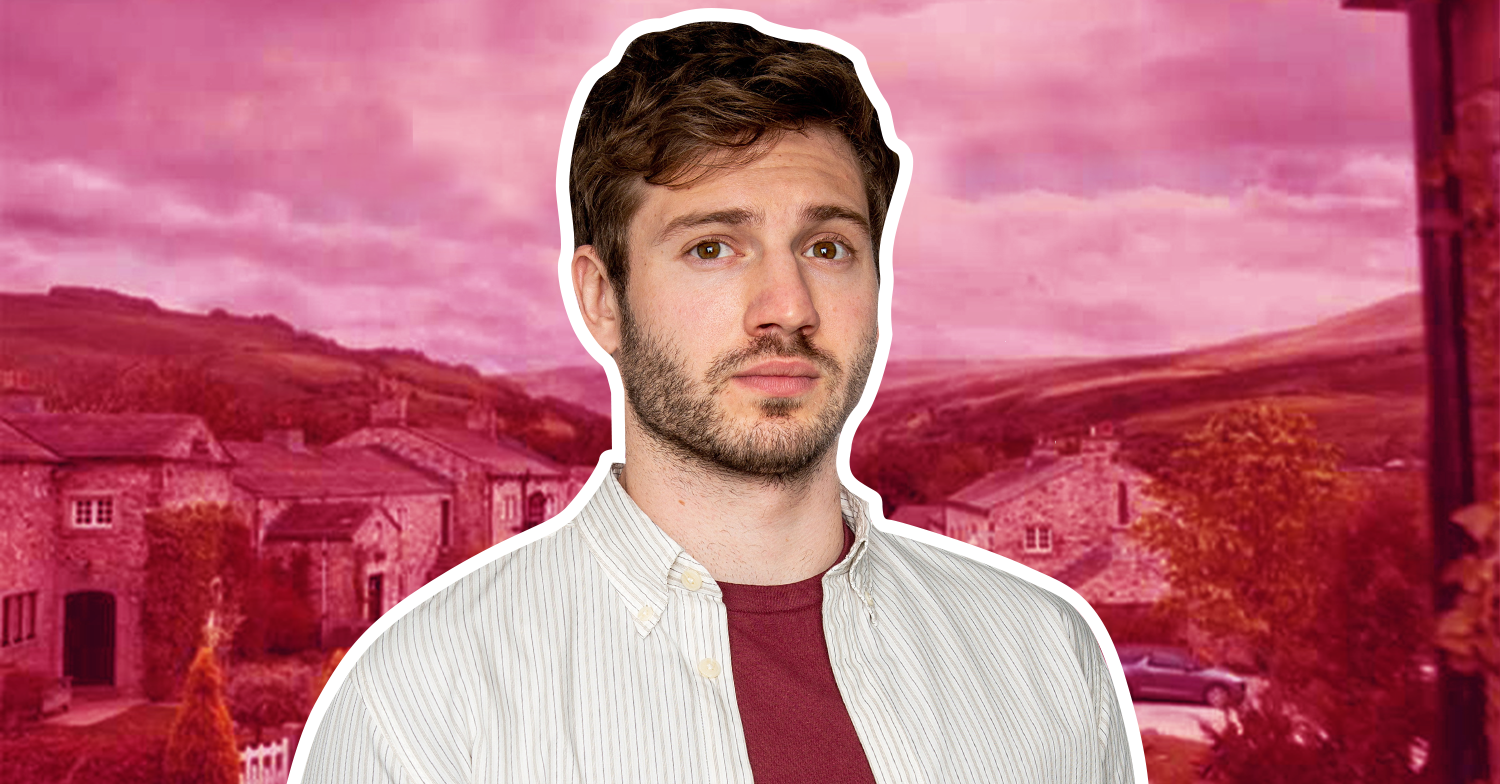