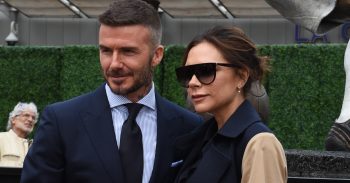 The Beckhams have become BILLIONAIRES after a spike in earnings

Their manager said 20 years ago they'd achieve it

Victoria and David Beckham have reportedly made their first billion USD, fulfilling a claim made by manager Simon Fuller back in the 90s.

The manager signed the couple in 1995, and predicted that together they could build a billion dollar brand.

“Victoria’s glamour and David’s sex appeal and sporting prowess could over the long-term create a $1billion brand,” he said.

And his words have proved correct, as the couple’s earnings from their various business ventures tops £700,000, equalling roughly one billion US dollars.

With David still earning big bucks with a wide range of endorsement deals, and Victoria bringing in money from her fashion company, as well as Spice Girl royalties, the couple have become incredibly wealthy.

The Mirror has broken down the couple’s earnings and assets, showing that global interest in the couple has allowed them to accrue an extraordinary amount of money.

They reports that David’s football earnings have a turnover £208.3m, which is handled by Footwork Productions.

In addition, he has a turnover of £260.8m through Beckham Brand Holdings, which handles his many endorsement deals.

The football star has a string of lucrative endorsement deals, including ones with Samsung, Adidas, Pepsi and H&M, as well as his own whisky, Haig Club.

There’s an additional £90m of profit through DB Holdings.

Meanwhile, Victoria’s fashion business, Victoria Beckham Ltd, has a net worth of £100m.

She also gets residual earnings from her time in the Spice Girls totalling £10m, through Moody Productions.

The couple have a home worth £35.1m in West London and a holiday home in the Cotswolds worth £6m.

The couple’s income and assets combine to a dizzying level of wealth, and put the couple in the top 0.00003% of the world’s richest people.

What do you think of the billionaire Beckhams? Leave us a comment on our Facebook page @EntertainmentDailyFix and let us know what you think of this story.